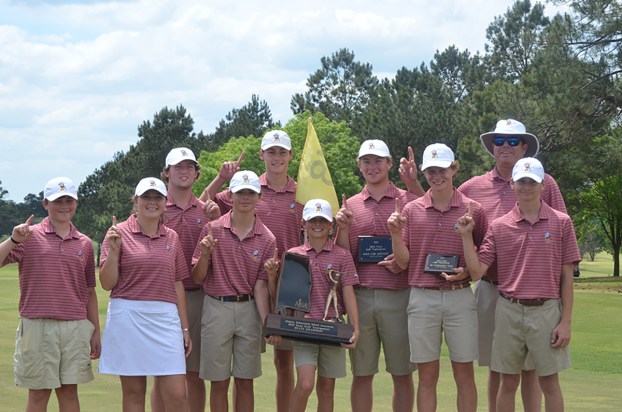 The Senators won their third AISA State Golf Championship in four years on Tuesday in Troy.

Morgan Academy finished with a score of 613, 24 shots better than Glenwood Academy and Pike Liberal Arts.

Second-year coach Will Pearce said it was the perfect ending for the five seniors: Jones Free,Arrington Mooney, Will Alison, George Turner and Brody Roberts.

“It was a great way for this senior class to finish their season and golf career at Morgan Academy,” Pearce said.

“We had great leadership from the seniors all year, the younger players improved throughout the whole season,” Pearce said. “I’m very proud of the whole team.”

Free, who was low medalist two years ago, said he enjoyed playing golf at Morgan Academy.

The Senators were unable to defend their title last year because AISA canceled spring sports due to the COVID-19 pandemic.