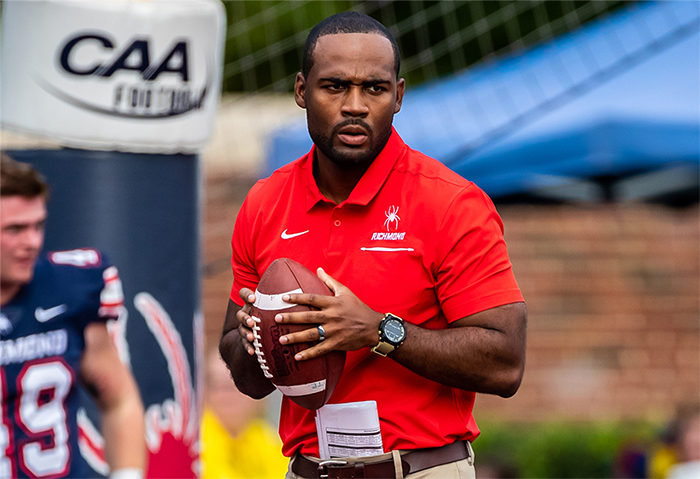 A Selma native was recently hired as an assistant coach at App State.

Rod West was hired to coach cornerbacks for the Mountaineers. He spent the last three years at Richmond.

“I’m excited and extremely humbled to join the Appalachian State football family,” West said.  “I understand the rich football tradition of App State. The App State brand is synonymous with winning. I appreciate the opportunity Coach Clark has provided for me and my family, and I look forward to getting to work.”

“Rod has great experience as a coach and recruiter that will help us build upon our championship defense,” Clark said. ” He is a family man and a respected mentor who is a perfect fit for the App State culture.”

West coached at Chattanooga from 2015-16, serving as the cornerbacks/dimes coach and recruiting coordinator.

West and his wife, Marcie, have two children: Maya and Major.

Marcie West is a former  three-time All-America volleyball player at the University of Florida and played in four NCAA Tournaments from 2004-07.