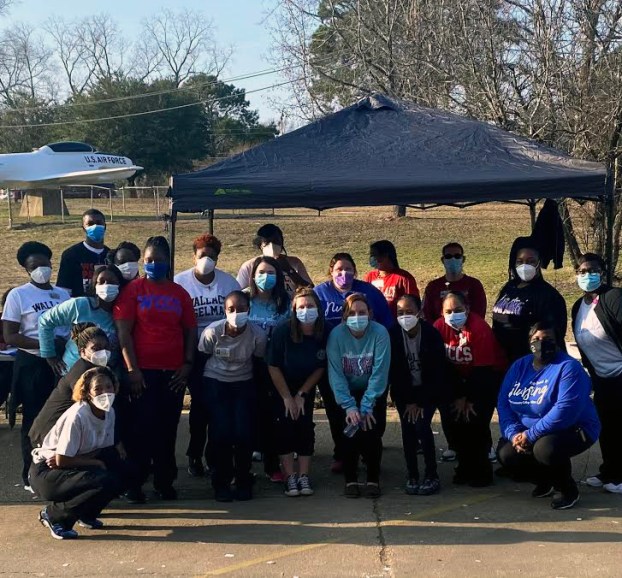 Austin said everyone who received the initial dose this week received a card to receive the second dose of the vaccine next month, March 8-12, which will be administered in the same drive-through format.

Austin expressed thanks to all of the groups that came together to ensure the clinic ran smoothly.

In addition to VRMC staff, nursing students from Wallace Community College – Selma and Judson College volunteered to administer vaccine to everyone who came through the drive-through clinic.

Austin also thanked the Selma Police Department (SPD) and City of Selma Public Works Department for making sure all vehicles were directed through the drive-through smoothly and safely.

“The clinic was a huge success,” said Austin. “We unexpectedly administered all [5,000] doses earlier than we thought, but that’s great. That means we got a lot of people vaccinated.”