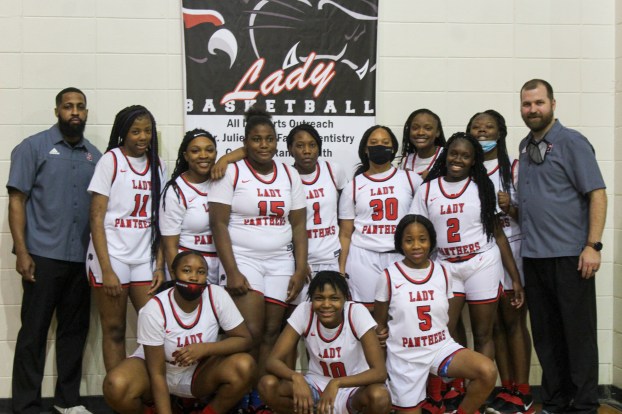 Southside girls upsets No. 5 Selma to salvage split in rivalry

The Southside High girls made a strong case to get ranked in the Alabama Sportswriters Association basketball poll next week.

Selma beat Southside 60-53 in the boys game to salvage a split in the Queen City’s most heated rivalry.

“I’m beyond proud of all the ladies who have bought into being in,” Lady Panthers coach Rand smith said. “They continue to be coachable and put in the hard work required. From beginning to end, this was an excellent team win.”

Selma led 11-7 after one quarter, but Southside outscored the Lady Saints 15-4 in the second period to grab a 22-15 halftime lead.

Selma 60, Southside 53: Javonte Stubbs scored 25 points and made big baskets down the stretch for the Saints (4-2).

Southside closed within 26-26 midway throughout the second, but the Saints’ three-point shooting kept the Panthers at bay. Selma led 37-31 at halftime.

Southside stayed around in the second half and had a chance to either tie or take the lead. The Panthers trailed 55-53 with 300 left in regulation.

Stubbs’ putback and three-point basketball were the Saints’ final points and ended the Panthers’ comeback hopes.

Marvion Jones added 10 for the Saints.