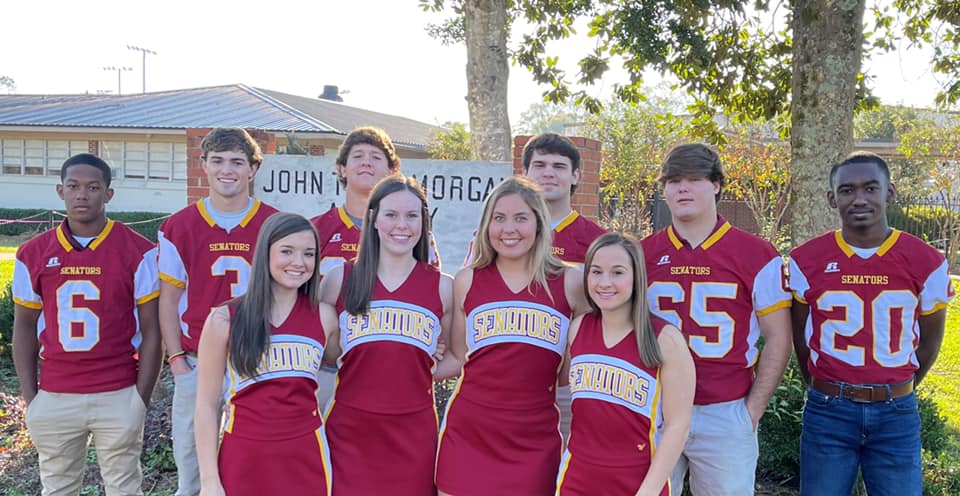 The AISA All-Star football game will be filled with several Morgan Academy football players and cheerleaders.

A combined 10 Morgan Academy football players and cheerleaders will compete for the West squad at 6:30 p.m. Friday night in the Cramton Bowl.

Morgan Academy coach and Athletic Director Danny Raines said he’s proud that the six Senators will close their careers at the All-Star game. Raines will be one of the West All-Star coaches.

“I’m so pleased that our  kids have been recognized for the great season they had,” Raines said. “Holt, Chris, Kenny, Scott, Josh and Matthew will be great representatives for Morgan Academy. “I’m thankful for the opportunity to work with them for a few more days and blessed to coach them in this last game.”

“I feel like it was well deserved for those of us that got it, because of the work we put in this year to make us and our team better, and I’m excited to play one last game,” Free said.

Utsey is equally thrilled. “I feel very honored and excited, not just for me but for all of my brothers that made it also.” Utsey said. “I think it’s going to be fun and something we won’t forget.’’