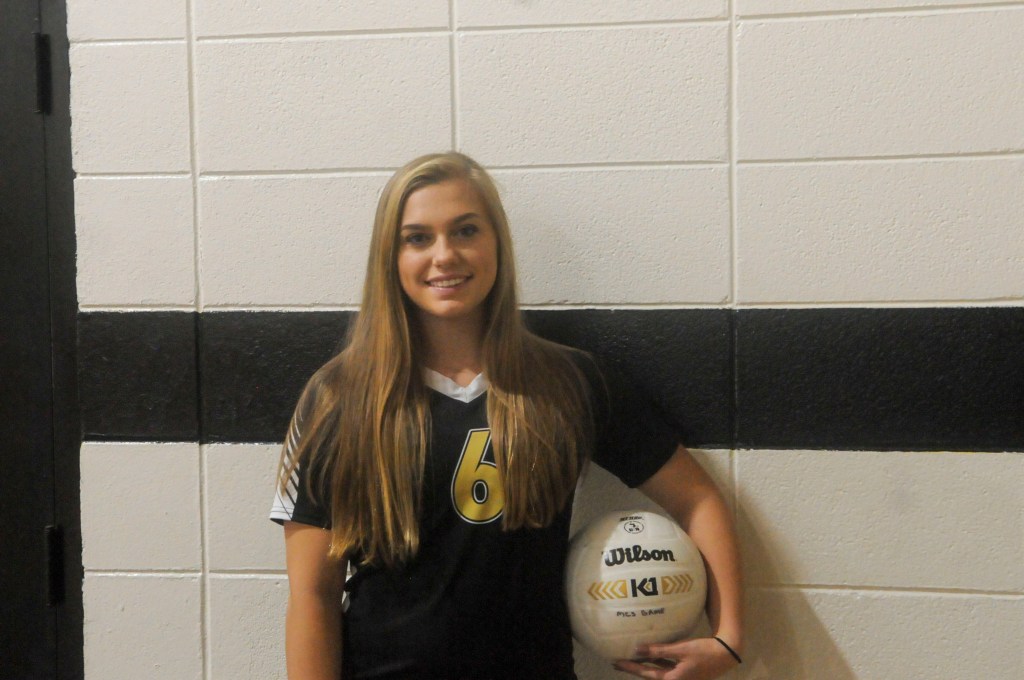 Volleyball flowed through the veins of Reagan Burton at an early age.

Because of the family upbringing, Burton is The Selma Times-Journal volleyball player of the year.

“Being named player of the year is a great honor” Burton said. “I know I’m a good player, I just didn’t expect it.”

“Reagan has worked hard since the fifth grade, doing what she loves,” Lovelady said. “As each year passed, she improved tremendously with the help of our dad. Our dad taught us everything we know.

“Volleyball wouldn’t have been the same for any of us without him. Reagan is an amazing reflection of our love for volleyball. I’m so proud of her and all her accomplishments.”

Burton said she enjoyed growing up around volleyball. Her other sister, Kasey Lassister also played volleyball at MCS. “Growing up behind them playing volleyball made me more competitive and I wanted to beat them,” Burton said. “Having my dad coach me was a comfort. He helped a lot.”

MCS volleyball coach Bob Taylor said he admired  the volleyball pedigree of  Burton, who played in the AISA All-Star volleyball game and led MCS to the AISA Final Four.

“Her tenancity impresses me,” Taylor said. “She sees the floor very well. You can tell that she was taught volleyball very well. She’s a very smart volleyball player.”