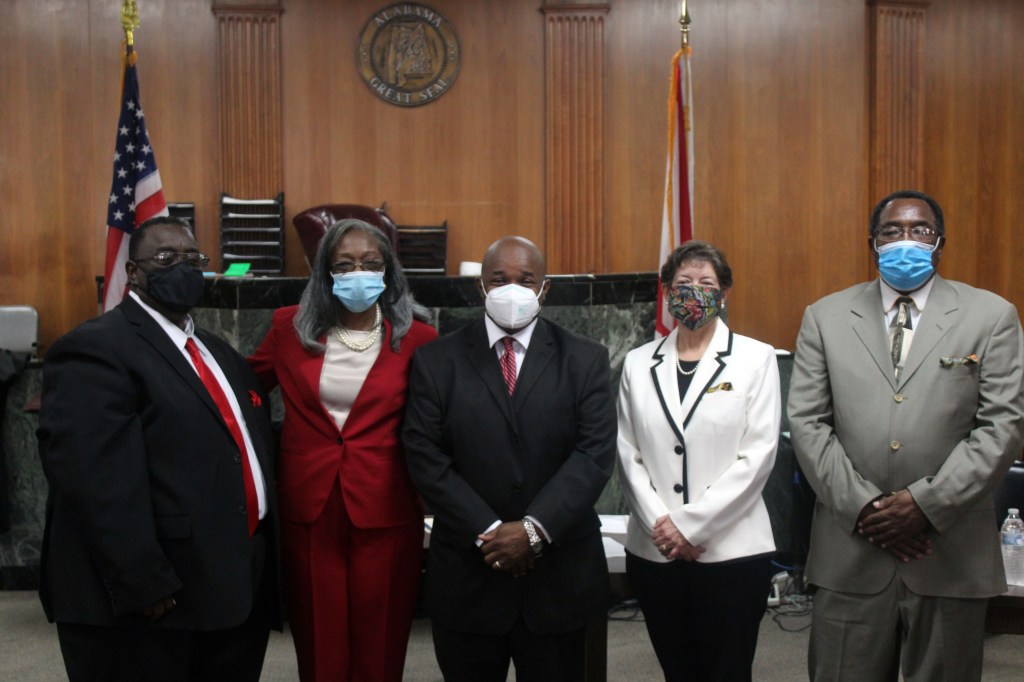 Connell Towns returns to the Commission to represent District 1 after being unseated by Valerie Reubin, the first female to serve on the Dallas County Commission, in the 2016 County Election.

Prior to Reubin’s four-year’s as commissioner, Townes held the position for 16 years.

“I served 16 years, now I’m back again,” said Towns. “I’ll give all I can to the citizens of Dallas County.”

Next to be sworn in was Vivian Rogers, who will represent District 2 on the Dallas County Commission for the next four years.

“What I came to do is be the commissioner that I always wanted,” said Rogers.

Rogers promised to be transparent and available to her constituents and put the people of Dallas County first.

Jan Justice was sworn in to serve as the District 4 Commissioner.

Dallas County Probate Judge and Commission Chairman Jimmy Nunn pointed out that Wednesday’s swearing in was a historic one for Dallas County.

With Rogers and Justice now on the commission, it is the first time that the governmental body has ever had two females on its roster.

Curtis Williams was sworn in to continue to serve District 3.

As the only returning member of the previous commission, he said he was looking forward to working with his new fellow commissioners.

“We are going to work together,” he said. “For together we stand but divided, we, fall.

The newly sworn in commission heard from newly appointed County Engineer Heath Sexton, who delivered a report about the damage caused by hurricane Zeta which included hundreds of downed trees and power lines along with structural damages to several homes and businesses.

Sexton commended the Dallas County Road Department for working day and night in the wake of the storm to make roads accessible and remove some of the debris but Sexton said it will cost the county $3.5 million to clean up all the damage caused by Zeta.

Sexton said he was confident the storm will be declared a disaster, allowing Dallas County to qualify for FEMA reimbursement lowering the cost to $430,000 for Dallas County.

Due to the widespread nature of the storm coupled with the COVID-19 pandemic, Sexton said it could still be some time before the county is reimbursed by FEMA.

“It could be as long as a year,” said Sexton.

Elsewhere in the meeting, the commission decided how when they would meet for future meetings and appointed a new vice chairman for the commission.

The commission decided to continue meeting on the second Monday of each month at 4 p.m. in the commission chamber located in the Dallas County Courthouse annex but will meet a second time in November due to a large amount of business to discuss.