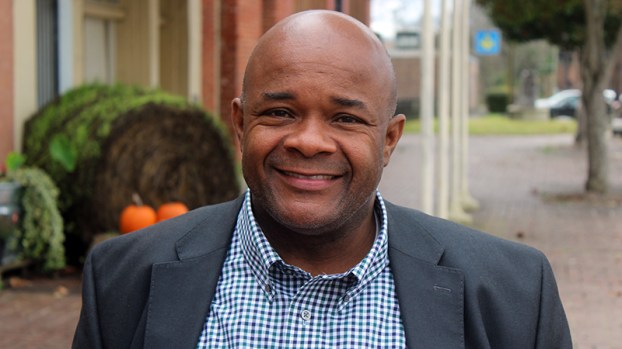 While the nation continues to bite its nails over a presidential election now rolling into its third day of vote counting, Dallas County Probate Judge Jimmy Nunn is celebrating what he called a “successful” election in the county.

“Overall, I was happy with the election,” Nunn said. “I do feel we had a successful general election.”

Nunn noted that, following Hurricane Zeta, which touched down in the area last Wednesday and left scores without power rolling into Tuesday’s election, he was concerned, but a concerted and collective effort meant Election Day was, for the most part, free of “major problems.”

“After Zeta, I was wondering whether we would be prepared and ready for the election on Nov. 3,” Nunn said. “Alabama Power and Pioneer worked day and night to get the power back on at each precinct. No major problems were encountered except one of the voting machines was bad and had to be replaced at Barrett Road.”

The tablets being used to sing voters in worked perfectly, Nunn said, and allowed for voters to get in and out of voting precincts quickly.

“As Probate Judge, I am always seeking ways to improve the election process,” Nunn said. “I cannot tell you how appreciative I am of our election officials and our staff at the Dallas County Courthouse. They were outstanding.”

Only one precinct, the Beloit Community Center, was without power Tuesday.

“The forces came together and provided and generator and a light tower at the site,” Nunn said. “They never missed a beat at Beloit Community Center.”

Nunn said the county saw an “enormous” amount of absentee ballots for Tuesday’s election – over 3,000 were cast, nearly three-times more than previous elections – and praised workers throughout the county for collaboratively ensuring that Election Day went forward without incident.

It takes a team to pull off such an election.  It is all about teamwork.  In light of the pandemic and the storm, I think we lived up to our reputation for conducting a safe and fair election.  As usual, our turnout was not as great as I wanted it to be, but we still had a large turnout in light of the pandemic and voters not having electricity at their personal homes.  We want to thank the citizens for coming to the polls and exercising their constitutional right to vote.  It is my desire to make everyone’s voting experience a pleasant one.”

For his part, Nunn sees Tuesday’s election as a sign of good things to come.

“To my knowledge and looking at the polling sites across the US, voter turnout was up,” Nunn said. “We must not stop now.  This is only the beginning of a brighter future for Dallas and these United States.”