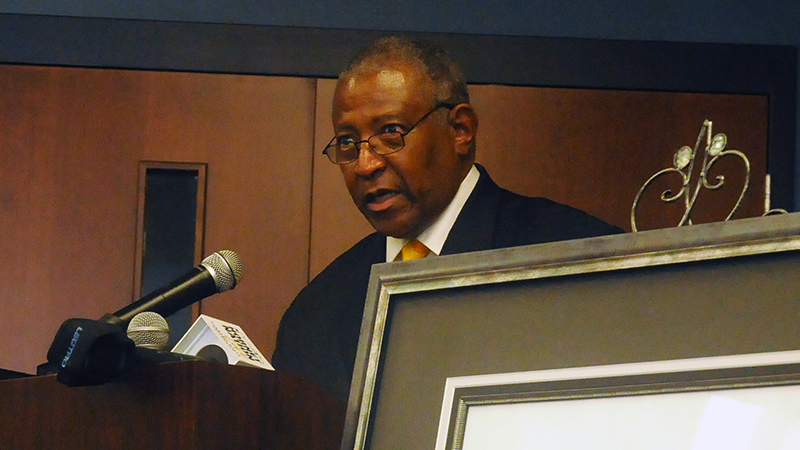 Selma voters widely elected James Perkins Jr., who previously led the city between 2000 and 2008, to serve as the city’s next mayor in Tuesday’s runoff election, handing him more than 64 percent of the vote over opponent Miah Jackson.

“It was humbling and exciting,” Perkins said of Tuesday’s results. “The humility of people making a decision that they want you to serve as their leader in these critical times is very humbling.”

Perkins noted that, as the COVID-19 pandemic continues to wreak havoc on communities across the state and nation, voters’ confidence in his ability to guide them through crisis was especially inspiring.

“This is a season and a time that we’ve never experienced before,” Perkins said. “Everyday, literally, is a crisis until we can figure out what to do with this coronavirus. We are in a constant state of crisis and what it looks like right now is that everybody is learning to live in the midst of a crisis and, at the end of the day, we’re not sure how everyone is going to come out of this…it’s going to be a real challenge for us, so it’s real humbling that people would say ‘We want you to help us through this process.’ My call is that we remember it’s we, not me, who have to work through this together.”

Perkins saluted Jackson for running a strong race, but said he believed people ultimately voted for the candidate who had “been there and done that” before.

On top of the raging health crisis, Perkins noted that Selma’s municipal government is facing a crisis of its own.

“This is no exaggeration: of all of the municipal functions…all of them are dysfunctional,” Perkins said. “That’s just the truth. And I think the people realized that you really need someone who has actually laid hands on something like that.”

Still roughly a month out from being sworn into office, Perkins said his work as Selma’s next mayor has already begun – the mayor-elect met with outgoing Selma Mayor Darrio Melton, who he said has been “very gracious and very supportive,” regarding the transition of power.

Perkins was back at city hall the following day to meet with department heads about the need to tidy up city hall before the new administration takes office.

“We’ve got to clean up city hall,” Perkins said. “It’s got to be done. So, over the next few days, you’re going to see a transformation in the work space at city hall, so that we can in fact do the work. That’s happening now.”

“These first 25 days are going to be critical,” Perkins continued, referencing the days between now and his inauguration into office on Monday, Nov. 2. “And that’s before, as mayor, I’ve had an opportunity to do any appointments, to make any decisions about personnel,” Perkins said. “That’s working with Mayor Melton and working with his cabinet. I am convinced that, come Nov. 2, you will see a difference in city hall. You can’t require people to do in their own yards what the city has not been doing in its own yard. We’ve got to fix that.”

Along with the various crises Perkins will face when he takes office, the new mayor will be working with a council consisting of largely new and politically-inexperienced members – however, Perkins sees that new blood as a benefit, noting that the new members arrive “without the prior administration’s baggage…and no political ax to grind.”

“I think the council itself is in a very good position,” Perkins said. “They can actually come in an set a new tone, a fresh tone, on the council and, hopefully, that new tone can be blended with the incumbent council members – they’re going to have some things they’ve got to unlearn, the remaining council. One of the biggest challenges they had was that the council found itself trying to do the work of the mayor and it doesn’t work, there’s no way for that to work. We have an opportunity now for the mayor to get back in the mayor’s lane and do the mayor’s job and the council to get in the council’s lane and do the council’s job.”

To Perkins, the solution is simple: look at the guidelines set forth for municipal governments and follow them.

“If we can get everyone to just get back in our lanes, let’s look at what the state, federal and local law say we’re supposed to be doing and let’s just do it,” Perkins said. “The structure is already in place, we don’t have to reinvent that, we just have to do what it says. It’s not rocket science – it’s already defined, we just need to do the job and I think that’s where my experience comes in.”

Perkins noted that he plans to continue the listening sessions that became a hallmark of his campaign as a way of generating ideas to solve the city’s myriad problems.

“All of the right ideas and solutions are out there, they’re in the community, but no one has the perfect solution,” Perkins said. “If we can start pulling the pieces together, I think we can come up with something feasible that can help us get through this.”

Further, Perkins said he plans to lean on relationships he’s fostered across the country to spur investment and growth in the city.

“I think it’s a great day for Selma,” Perkins said. “I think we have an abundance of opportunities. It’s left up to us whether we embrace the opportunities before us and take full advantage of it or if we choose to do otherwise, but right now we have a fresh start.”