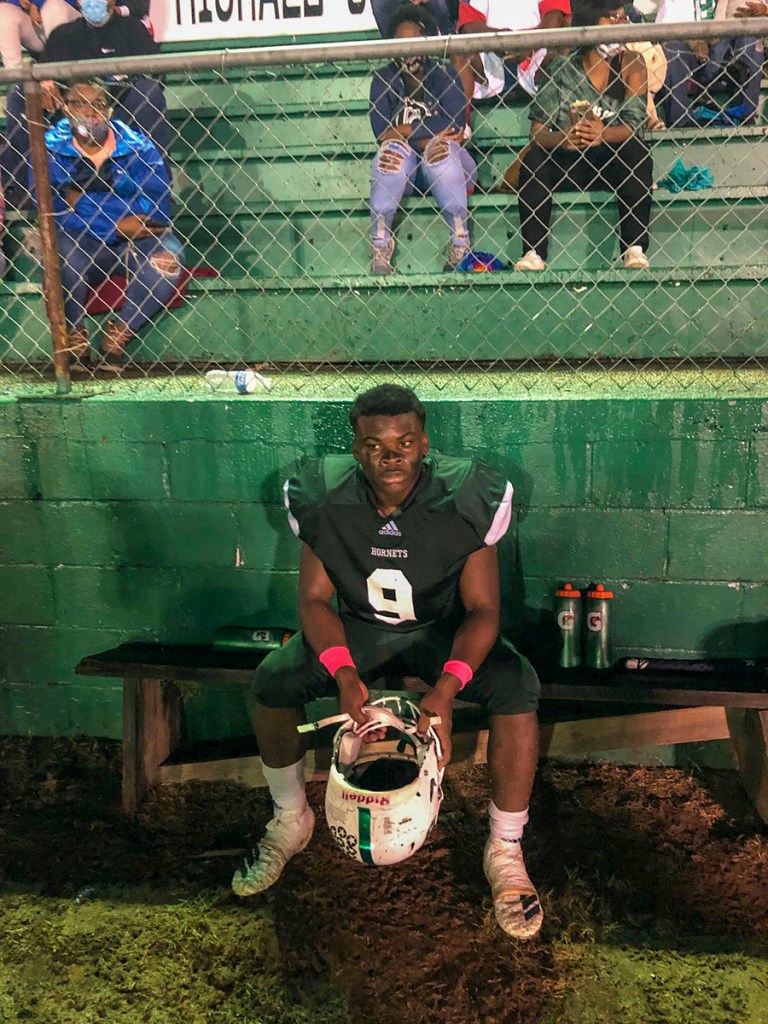 Dallas County overcame heavy rainfall to remain in the Class 4A playoff chase.

Markeice Stallworth scored two touchdowns and three two-point conversions as the Hornets celebrated homecoming with a 36-20 victory over Holt on Friday night at Martin Field in Plantersville.

“Our guys had to fight through adversity, rain games are always tough,” Hornets coach Heath LeVert said. “Our kids worked hard and earned the victory. My hat is off the offensive line. They never get the credit they deserve.”

The Hornets led 8-7 after one quarter when Holt’s Tyler Flowers scored on a 50-yard run.

But the Hornets answered when Brown hit Carlton Underwood Jr. on a 35-yard TD pass for a 28-20 lead after three quarters.