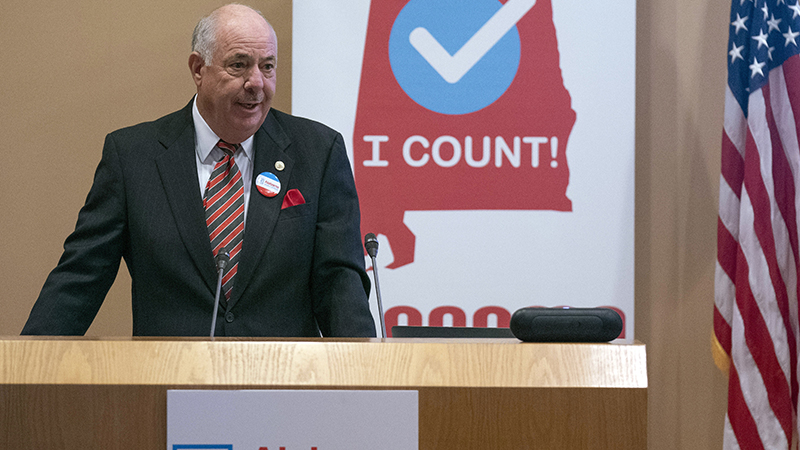 According to a press release from the Alabama Department of Economic and Community Affairs (ADECA) and Alabama Counts sent late Tuesday afternoon, just ahead of the previously-set Sept. 30 deadline for U.S. Census responses, the U.S. Census Bureau will extend the deadline for participation until Oct. 5 nationwide.

“This extension will give Census Bureau field workers more time to follow up with Alabama households that have not yet responded to the census,” said ADECA Director and Alabama Counts Chairman Kenneth Boswell. “Alabamians may also continue self-responding to the census as well. As the percentage of households that have [been] counted [treks] upward, we hope to see additional increases in responses throughout the upcoming week.”

The deadline extension follows a ruling last week by a federal district judge in California, which stopped efforts by U.S. President Donald Trump’s administration to end the 10-year count months ahead of schedule, saying that the U.S. Department of Commerce never provided a “satisfactory explanation” for the move.

A court order pushed the deadline for the census to Oct. 31, but U.S. Secretary of Commerce Wilbur Ross announced via Twitter earlier this week that the department set “a target date of October 5, 2020 to conclude 2020 Census self-response and field data collection operations.”

The press release from ADECA and Alabama Counts said the brief extension of the deadline will provide “the ability for people to have additional time to self-respond to the Census questionnaire and for door-to-door census takers to record households that haven’t yet responded.”

For his part, Boswell has been sounding the alarm over state response rates to the census, particularly in the Black Belt, which is considered a “hard-to-count area” by the U.S. Census Bureau, for months.

“The Black Belt has historically been considered by the Census Bureau as a hard-to-count area and the challenges posed by CVID-19 have definitely impacted efforts [to reach people],” Boswell said in August.

In August, Boswell noted that the self-response rate in Dallas County was still lagging he state average, which was down slightly over 2010 numbers.

Early in September, Alabama Gov. Kay Ivey made a “final call” for census participation, noting that millions of dollars in federal funding are at stake for a number of social programs, including education, free and reduced-price school lunches, healthcare, Head Start program, roads and bridges and more.

Further, a low census response rate could result in the loss of a state seat in the U.S. House of Representatives, a possibility state leaders are already preparing for.

“I’ve said it since our March kick-off and I will say it again: Alabama stands to lose too much if we do not reach our goal of maximum participation,” Ivey said in a press release in early September. “This isn’t just money for our state — it’s money for our small communities, for our educational systems, for our roads and for our children. There is simply too much community funding at stake here to disregard this final call.”

Though that “final call” has been delayed, Boswell noted that it is still important that Alabamians waste no time in responding to the census between now and Monday.

“We ask that you take action for generations to come here in Alabama by completing the 2020 Census,” Boswell said. “It takes a matter of minutes to determine the future of our state and, as we now have another week, let’s use this time to cement our tally and influence all that depends on this final count.”

Alabamians can respond to the census online at www.my2020census.gov, by calling 844-330-2020, by returning the mailed paper form sent earlier this year or by providing household information to a door-to-door census taker, who will be observing social-distancing guidelines.

ADECA and Alabama Counts will provide any further information regarding the U.S. Census as updates are received.