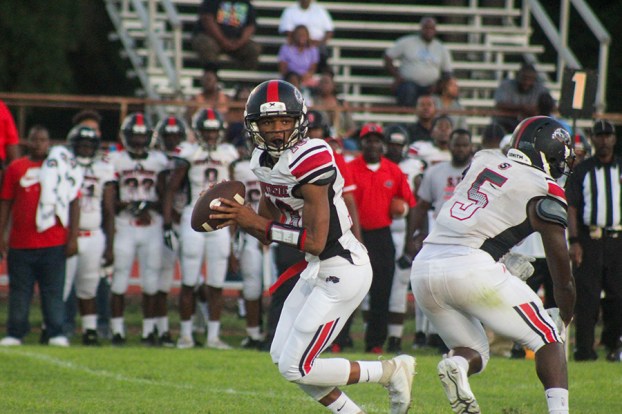 Hale County scored 27 straight points en-route to a 27-16 victory over the Panthers at Howell Field in Moundville.

The Panthers slip to 1-3 overall, but 0-3 in Region 3, Class 3A. Southside will need to win out to have a shot at making the state playoffs.

“We turned the ball over too many times,” Panthers coach Charles Moody said. “We drove it up and down the field, but turned it over.”

Southside jumped out to a 14-0 first quarter lead on a pair of one-yard scoring runs from Keandre Williams. Christopher Thomas added a two-point conversion run.

Hale County came back with two second quarter touchdowns, climbing within 14-12 at halftime. Malachi Pastuer recovered a fumble in the end zone and Matthew Swartz and Jamarion Ryan connected on a 74-yard touchdown pass.

The Panthers’ final points came on a safety in the fourth quarter.

DeCarlos Moore scored the only touchdown for the Bears, who entertain county rival Southside on Friday night at J.V. Caldwell Stadium in Orrville.