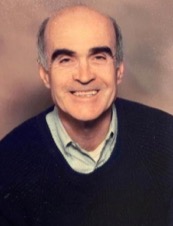 Born in Selma, June 21, 1935, Wiley Long, Jr, 85, spent his childhood in Atmore, and his youth in Frisco City. He lost his sister, Marilyn, who was 2 years his junior. He is survived by his sister and brother-in-law, Louise and Ed Perry. He attended the University of Alabama where he became a lifelong Crimson Tide fan. He was a member of Alpha Tau Omega fraternity. He spent his career with Shell Oil Co. He lived many places and made many friends, sired two children, Wiley Long III and Elise Lathrop Long Ruby and was blessed with three grandsons, Rex and Riley Ruby and Wiley Long IV. He is survived by his wife of 58 years, Tay Morrison Long. He died on Tuesday, August 25, 2020. He will be cremated and his remains will be scattered near the family home in Orange Beach. In lieu of flowers, donations may be made in his memory to: University of Alabama’s Alpha Tau Omega Building Fund, MSC# 870508, 1831 University Station, Tuscaloosa, Alabama, 35487, give.ua.edu, Greek, Alpha Tau Omega Building Fund or the Coastal Conservation Association – Alabama, 25595 Canal Road, Suite 1, Orange Beach, Alabama 36561, ccaalabama.org, 251-478-3474. For further information, please contact Wiley’s daughter, Elise Ruby, leleruby@bellsouth.net.

Our opinion: Earl Travis was more than BBQ owner