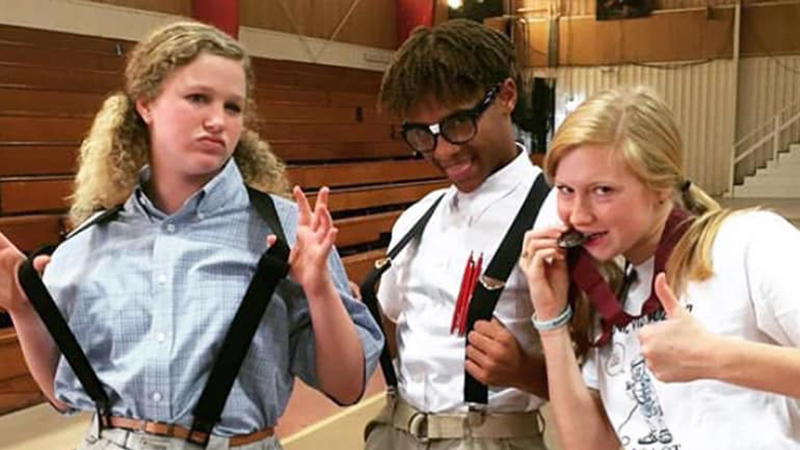 The Morgan Academy Class of 2016 is saddened over  the loss of its classmate and friend.

Stacy Russell passed away Tuesday night after battling pneumonia for several weeks. He played soccer, track and football for the Senators and was the first African American to graduate from Morgan Academy.

Funeral service will be held at 11 a.m. Saturday at Woodlawn Baptist Church in Marion Junction.

A Go Fund me account is set up for Russell’s family to help pay funeral expenses: https://www.gofundme.com/f/stacys-hospital-bills.

“He was the most caring friend I had,” Stewart said. “He loved others unconditionally and accepted everyone with open arms. Stacy taught me to be okay with being 100 percent myself, regardless of what other people thought. He exuded joy. I have never met anyone whose smile was quite as contagious as his.”

“Stacy Russell or as I called him “staceman” was my sunshine,” Jane Anne Stewart said. “He was the bravest person that I’ve ever met and also so fearlessly himself. Stacy is the person that people need to strive to be more like.

“I don’t know how I’m going to live without his tight hugs but I have some comfort knowing that he just received a beautiful set of wings. I promise to never forget him… I don’t think I could forget him even if I tried though. He is a one in a million kind of friend. I will love and cherish him forever and a day.

Mac Beers was close friends with Russell and said he’s still stunned over his death.

“Stacy was one of the most admirable people I have ever known,” Beers said. “His smile and laugh were contagious. It was impossible to be around him and not feel your best. I feel honored to have called him one of my best friends. I just cannot believe he is gone. He will never be forgotten, and he will live on in the hearts of all who loved him.”

“One of the biggest things I admired about Stacy is that no matter the situation and no matter how stressed he was he always put others first,” Robertson said. “I can remember times when we would both be struggling and stressed in school but Stacy would always come to me and make sure I was okay and had everything I needed. He was constantly there for me in and outside of school. I will never forget his sweet contagious smile, his joyous laugh and how he found the sunshine in every situation.”

Davis Campbell said Russell always brought out the best in people within his presence.

“To say Stacy was one of a kind is an understatement,” Campbell said. “I’ve never known a more generous and loyal person in my life. Stace had a way of making everyone feel so loved and accepted. I’m proud to call him my friend. He was like a brother to me and I wouldn’t be the person today if it weren’t for him. I’m gonna miss him a lot.”

“He was such a kind and caring friend whose energy was infectious,” Adams said. “Our entire graduating class is heartbroken by this. I was friends with him.”

“Stacy was one of the friendliest and outgoing people I’ve known,” Veach said. “I attended Morgan Academy with Stacy,  but knew him better at Auburn University. I would see him around campus and we would always speak and have a nice conversation. This is devastating news and my prayers go out to Stacy’s friends and family. The whole town of Selma knows him and he will never be forgotten. I can say I was blessed to call him a friend.”

“Our hearts are very sad to hear this,” Debbie Veach said. “We want to do all we can to help ease the pain of such a great loss.  His smile was infectious and sweet personality was one you hoped people would say about your own child.

“I can’t imagine how horrible this is for his family.   He shared his smile, his love, honesty- his friendship. What a blessing he was to all that knew him.  He will truly be missed.”