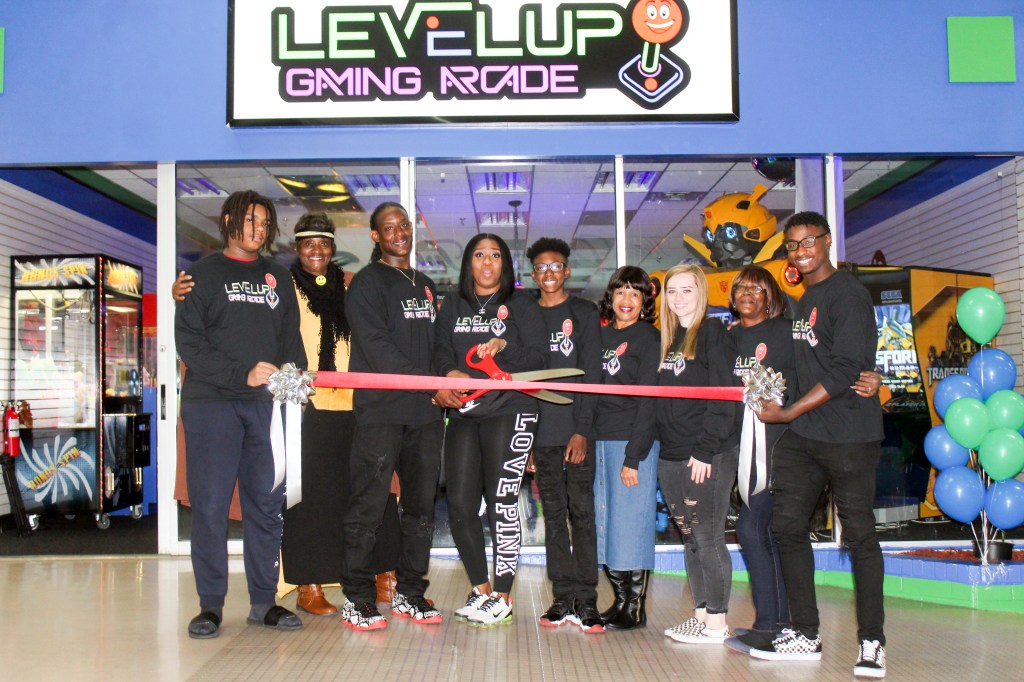 The video game arcade selection of games range from Skee-ball, air hockey to a miniature basketball court. The arcade also books parties. The hours of operation are Tuesday through Thursday from 2 p.m. until 7 p.m., Friday and Saturday from noon to 9 p.m. and Sundays from 1 p.m. until 6 p.m. The arcade is closed on Mondays. The fee to play all day is $9.95. The store has been closed since March because of the COVID-19 pandemic, but Rivers-Town said the store expects to re-open in the middle of June.

Rivers-Towns and Towns are both Southside High School graduates. Towns Jr. graduated from Southside in 1999, Rivers-Towns is a 2000 graduate of Southside. They’ve been married four years, dating three years before tying the knot.

Rivers-Towns said it cost $150,000 to open the video game arcade and they used their own money.

“Being a brand-new business without business credit or equipment collateral, ASE Credit Union did not back our funding request business plan,” Rivers-Towns said. “Determined to move forward, my husband and I pooled our personal resources only, mainly our life savings, and funded ourselves.”

The Towns reside in Helena, a suburb of Birmingham located between Jefferson and Shelby counties. They make the daily 2-hour commute to the Queen City. Making things more complicated, Towns Jr. is a welder who often travels out of state to work.

“We knew this would be challenging and it wouldn’t be easy,” Rivers-Towns said. “We live in Birmingham and we drive here every day.”

Despite the four-hour round-trip voyage each day, the Towns wanted to help improve conditions in Selma and the video game arcade does that by providing an entertainment video for the young and young-at-heart alike.

“It’s the best thing that we can do for Selma,” Towns added. “The arcade is something for the kids to do.”

Rivers-Towns said the community’s response to the arcade opening exceeded their expectations. Several schools in Dallas County have held events at the arcade since it opened.

“The community support has been amazing,” Rivers-Towns said. “Everyone who comes to the arcade brinsg their family members and friends. It’s been awesome.”

“They’re trying to do something positive to help the community,” Atkins said.

Rivers-Towns said she and her husband work in tandem to keep the local arcade up and running.

“Roosevelt and I are support each other,” Rivers-Towns said. “One of us is here when the other isn’t. We lock in and make it work.”

Saturdays during football season in the fall adds a wrinkle to the arcade. LaDarrius Rice is considered one of the state’s top defensive backs and signed a football scholarship with the University of West Alabama (UWA). Rice, who had Division I scholarship offers from Wisconsin and Central Michigan University, is a two-time All-State honorable mention and All Shelby County selection at Helena High School.

“We have three very active kids,” Rivers-Towns said. “Our kids have been supportive, give up their weekends to help us out. The kids and owning the video game arcade keeps us running. We juggle everything.”

Towns-Rivers and her husband enjoy being part of the Selma business community.

“We’re committed to giving it our best shot at achieving our dream of bringing something much needed to our hometown, the town we love,” Towns-Rivers said. “We are more than excited to be a part of the growth and development in our hometown.  We proudly took a chance on Selma.”