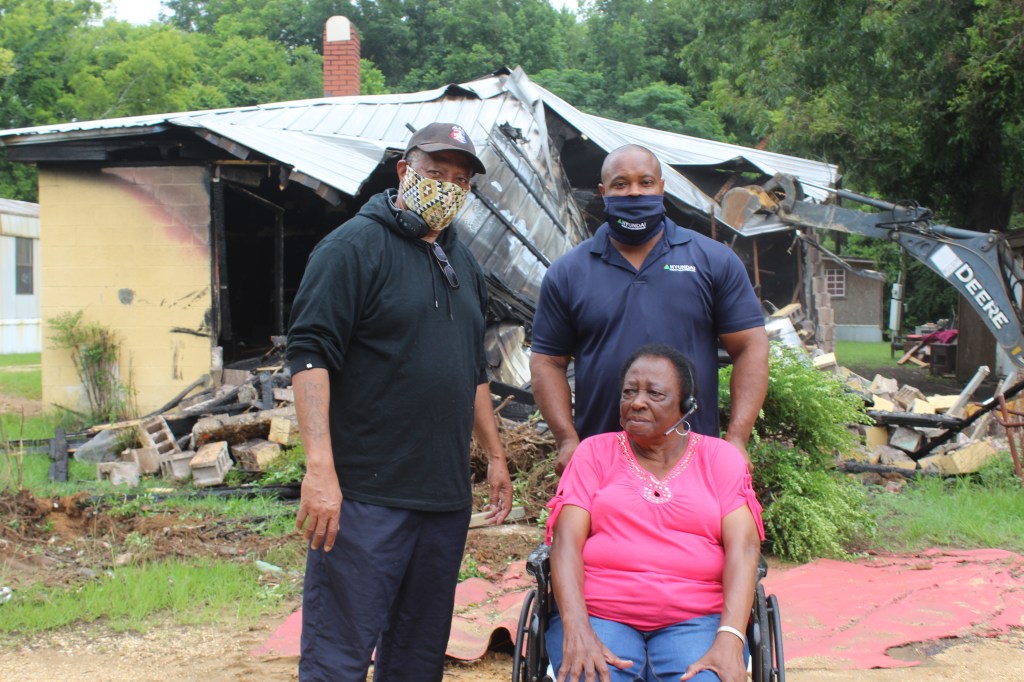 A Selma businessman assisted an elderly woman whose house was destroyed by fire last month.

Snow Cleaning Service owner Lemarkus A. Snow paid for the demolition of Mary Johnson’s home that got burned down the first week of May at the 922 block of Hood Avenue. Johnson, 77, lost everything in the home.

Snow said he had plenty of motivations for volunteering his services to assist Johnson, who received $25,000 from a Go-Fund Account.

“My siblings and I grew up in this house, Mary Johnson used to keep us, he helped raise us,” Snow said. “A private contractor wanted her to pay them $7,500 for demolishing the house and I’m paying someone to do it for way less than that.”

“I’m grateful and it’s a wonderful blessing for him to help me,” Johnson said.

Former Selma Mayor James Perkins Jr. dropped by to support both Snow and Johnson. Perkins, who’s running for a third term as Mayor, is the pastor of Ebenezer Baptist Church.

“I admire what Lemarkus Snow is doing,” Perkins said. “He saw a need in the community and he answered the call. I applaud him. I tell my congregation how can Black Lives Matter when you’re burning down someone’s house?”