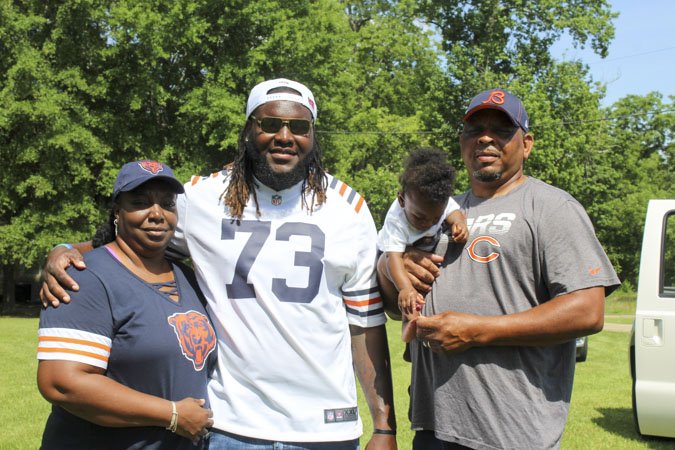 The City of Orrville’s parade for Lachavious Simmons turned into a family affair.

Simmons, a seventh-round pick of the Chicago Bears in the NFL Draft, insisted that Keith High School’s class of 2020 be part of the festivities.

“It really didn’t matter if I had a parade,” Simmons said. “I wanted the parade to be more about the Keith High seniors.”

Orrville Mayor Louvenia Lumpkin said she admired the unselfishness of Simmons to share the moment with his hometown.

“Lachavious is a humble person who was willing to share the spotlight with others,” Lumpkin said.

Simmons’ parents, Eric Young and Quincella Simmons, both said they’re proud of their son for pursuing his dream to play in the NFL after starring at Tennessee State.

“I’m super proud of him,” Young said. “He accomplished a lot and did an excellent job to get drafted. He started his goal at a young age and never gave up.”

Added Quincella Simmons: “I always thought he’d get drafted because he works so hard. He’s a hard worker and I knew he’d make it.”