“Why I Love Selma” – Carl Bowline 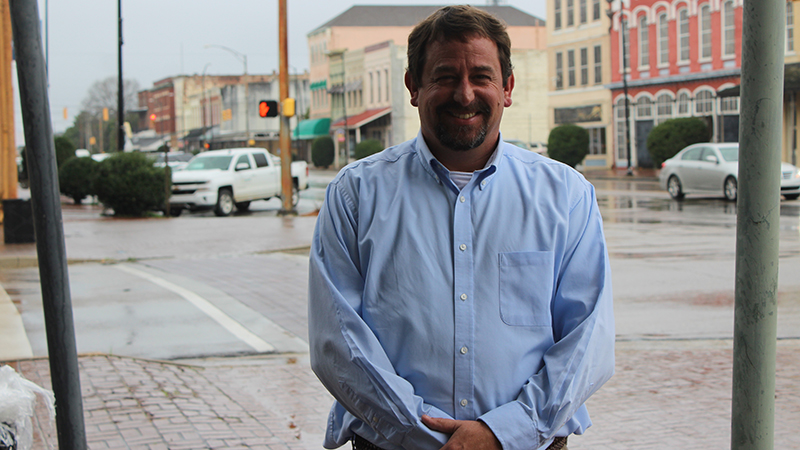 For Carl Bowline, Selma was always home – his grandparents lived in Selma throughout his life and raised his father, uncles and aunts within its boundaries, though his mother called the tiny townships of Blalock and Safford home.

“I have always loved Selma,” Bowline said. “I loved coming to visit over the years – seeing family, touring Cloverleaf Creamery and getting some of the best ice cream ever made, going to the minute shops with my grandfather for Tropicana orange juice, eating Zeigler sausage, Anna’s fried chicken or just exploring the woods around their home or swimming in their pool.”

When Bowline’s father retired from IBM, the family made the move to Selma permanently.

And that same town they he knew and loved as a child became the backdrop for some of his happiest moments as an adult – meeting his wife, bringing his children home for the first time and eventually seeing them play in the same places he and his father once played.

As a member of the Selma City Council and the Blackbelt Benefit Group (BBG) Board of Directors, as well as President of the Old Depot Museum, Bowline has been a tireless advocate for Selma, working through the BBG and the Old Depot Museum to bring culture and entertainment to the Queen City and turning his position on the council into a platform for positive change for locals.

“Helping someone through a [rough] situation is a great feeling,” Bowline said. “I have met some wonderful people and have realized Selma is a lot closer to coming together than most realize. The folks I have met, regardless of color, religion or anything else, are caring, loving people that want a safe, clean community to live in.”

Bowline draws much of the same enthusiasm and inspiration through his work with the BBG, which sponsors some of the city’s most anticipated events each year, including the Alabama River Chili Cook-Off and the First Saturday festivities downtown.

“My time with Blackbelt Benefit Group has been extremely rewarding,” Bowline said. “Seeing folks from Selma and other places having fun, enjoying music, art and food is incredible, especially when you consider they are making memories here in Selma they will never forget. The Chili Cook-Off reminds us all of the Selma we want – one in which we all come together.”

“The small-town atmosphere in Selma is great [and] her people are charitable and fun,” Bowline said. “Plus, it doesn’t take much time to get anywhere in Selma and you always see folks you know ready to laugh. It’s an awesome town full of passionate people.”

Beyond the people, Bowline also celebrates the Queen City’s place in history – not just the obvious points, like the Civil War and the Civil Rights Movement, but lesser known contributions that have had an equally significant impact.

“Selma’s contributions to our nation’s history are many,” Bowline said. “While some roles we’ve played may polarize folks, you cannot deny their impact. Voting rights, military tactic, training pilots for three or more conflicts, education, art, photography, architecture and industry – our people and their efforts have and will continue to inspire people to fight for what they believe in and for what they want.”

From his vantage point on the Selma City Council, Bowline sees more than most the dire needs of the city – despite that, Bowline has adopted a mantra of radical optimism, which he sees as the answer to many of the city’s pressing questions.

“[We need] better management and less negativity,” Bowline said. “Selma has her problems, but constantly complaining doesn’t solve them. Working together, standing together, is our only hope for a stronger, safer, more capable Selma. If you could focus Selma’s passions, it would obliterate any problem.”

Despite her eccentricities, Bowline believes anyone deciding to pull up stakes and migrate to Selma would be making a wise decision.

“If you’re looking to move to a community for a small-town atmosphere, look no further,” Bowline said. “If you seek close friends, passionate neighbors, fun in the outdoors, good food or an easy place to travel from, we are your destination. If you want to get involved and make a real difference, Selma is perfect for you. Move here and see what we love about Selma and why we love it.”