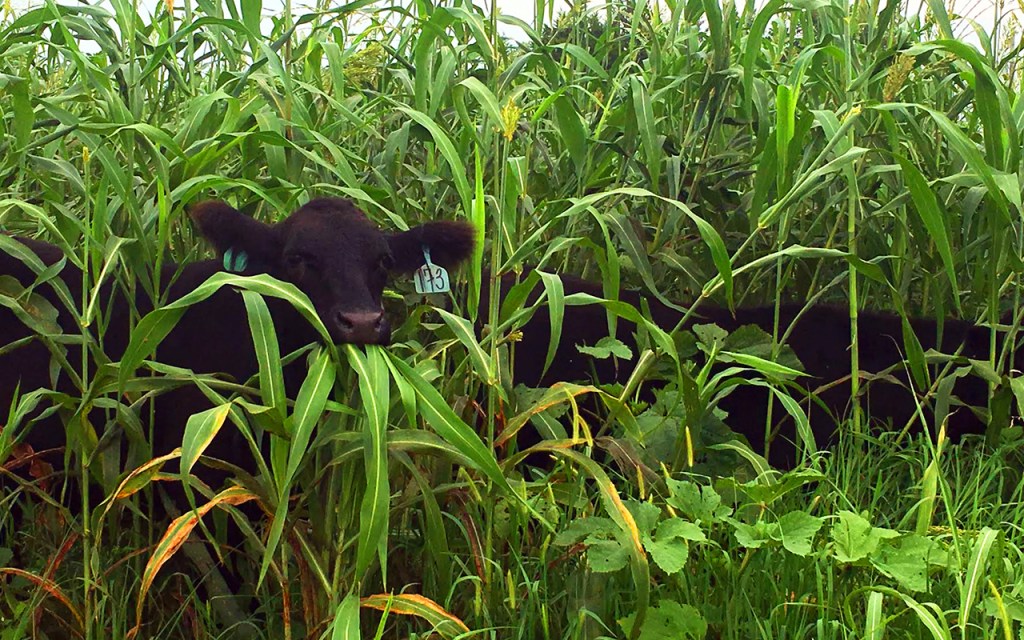 On the edge of Dallas and Wilcox counties, about seven miles from Minter in the town of Furman, exists a 600-acre farm now nationally recognized for its carbon-rich soil, which has been cultivated by Chris Prevatt over the last decade.

Indigo Agriculture, a Boston-based company founded in 2015 to help farmers improve profitability while also contributing to the welfare of the planet, announced Prevatt as this year’s winner of the Carbon Cup competition, which is designed to recognize farmers and ranchers cultivating the nation’s healthiest soils.

“We believe that ag has the potential for being a major part of the solution for climate change,” said Indigo Senior Director of Systems Innovation John Hennek. “We think, at the same time, as farmers adopt new practices…it will make them more profitable in addition to sequestering carbon.”

Hennek noted that most farmers and ranchers begin such sustainable practices for the benefits to their businesses, not out of a desire to benefit the environment, but the results are as good for the planet as they are for producers and consumers.

“There are certainly some growers that that’s their biggest concern but, for most farmers, it’s the resilience of their business and what they’re going to leave for their families…or simply because they’re trying to try something new because what they’ve been doing isn’t working from a financial perspective and they feel like they need to do something different to give them a shot at being profitable,” Hennek said.

According to Hennek, farmers and ranchers from 15 states submitted their farms for consideration in the Carbon Cup and Prevatt’s stood head and shoulders above the rest.

“It’s really impressive how [Prevatt’s] numbers were significantly larger,” Hennek said. “His winning number of organic matter is something he should be really proud of, it means that he has incredibly health soil. We think it’s a really unique achievement for him. He’s really drastically increased his carbon potentials.”

For Prevatt, the victory is affirmation that his methods are working.

“It’s just an honor,” Prevatt said. “It was awesome for our farm to be the national Carbon Cup winner. I feel like it’s an honor for everyone we competed with because it shows we’re all committed to putting more carbon in our soil and making it healthier, particularly here in the Southeast. We’re all on the same mission, that’s our real goal.”

Prevatt said that he started turning his attention toward the family farm in 2008.

“That’s when I really started to get focused and studied our operating systems to see how we could improve,” Prevatt said. “Since then, we’ve just been trying to make improvements, trying to better our resources.”

Prevatt said the mission of sustainability required the Black Belt farm to “adapt over time,” employing different tactics – testing a diverse mix of cover crops meant to go deep into the soil, breaking it up and infusing it with nitrogen, perfect for cattle grazing; frequently moving high-density cattle herds, which forage briefly and tamp manure into the soil making it healthier and better for crops.

“By focusing on these practices, we’re able to improve the health of our soil,” Prevatt said. “On the other hand, we’re also providing a benefit to the environment we all live and work in. We want to do as much good as possible. Everything we did for the environment helped our system locally. You can’t just do this for the environment, but doing this improves the systems we have to produce food from and the environment.”

“The fact that one small farm can contain that much carbon in its soil is incredible,” Prevatt said. “It’s just taking it day by day for us – just doing the little management practices and applications over and over has really been important. We try to provide diversity in our system as much as possible because nature is really diverse.”