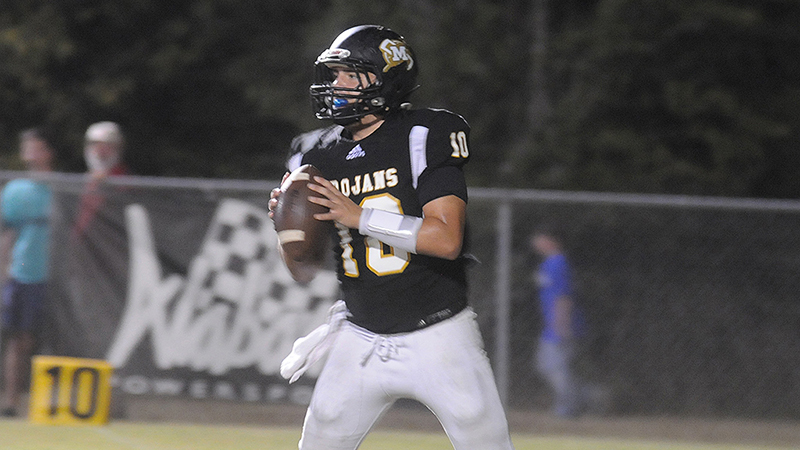 Christian Jones is not letting the COVID-19 pandemic affect his final year at Meadowview Christian School.

Jones made The Selma Times-Journal’s All Dallas County team in both football and basketball.

If the AISA resumes spring sports after its April 17 suspension, Jones could have an opportunity to make the All Dallas County team in baseball.

Jones said he has mixed reaction about Gov. Kay Ivey closing K-12 schools statewide for the rest of the year and forcing schools to teach online.

“It’s disappointing not to finish my senior year at MCS,” Jones said. “But I understand. We’re not the only school to close and not have a graduation ceremony.”

Jones said baseball is his favorite sport, but he misses playing football. He was a quarterback and defensive back for the Trojans.

“It was cool playing quarterback,” Jones said. “The coaches made me become a leader. I enjoyed being a leader.”

Jones said MCS’ senior night football on Wadsen Field is one of his biggest memories at the school.

“Senior night was my last football game on that field,” Jones said. “It felt great getting hugs from the players, coaches and parents.”

On the basketball court, Jones was a guard capable of lighting up the scoreboard from the three-point line.

“Playing basketball was a lot of fun,” Jones said. “I loved playing all three sports at MCS.”

After school ends, Jones said he’s interesting in becoming a firefighter. Several members of his family are firefighters.