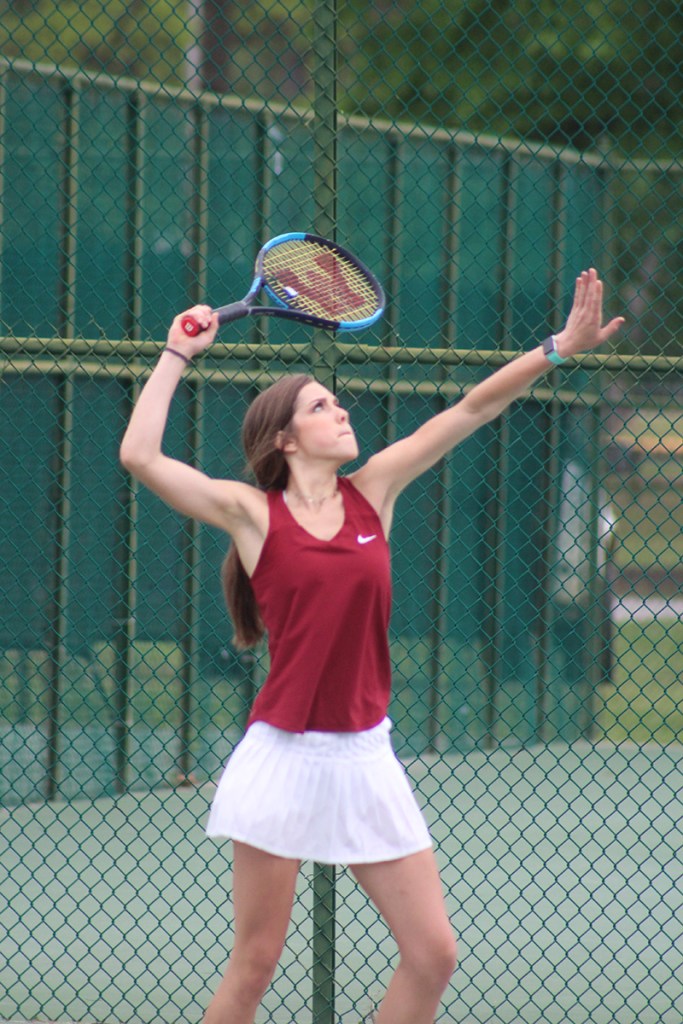 Baxter Stinson, who coaches both tennis teams, is currently focused on improvement at the moment, not a fourth consecutive title for the Senators and Lady Senators.

Stinson said the weather has affected practice time at this point in the season. Since tennis season began last month, it has rained constantly in Dallas County.

“The weather has been the worst thing ever, especially for the younger players,” Stinson said.

The Lady Senators return three standouts from last year: Mary Ashlyn Pearce, Hannah Lightfoot and Maggie Youngblood. Pearce and Youngblood won state titles as the No. 2 Girls Doubles team. Youngblood, Pearce and Lightfoot each won first place in Girls Singles at No. 3, No. 4 and No. 5, respectively. Mary Ousley, McCann Perkins and Judy Assad are  among  the other Lady Senators players.

Trevor Wilson is the only top Senators player returning. Wilson won a state title as the No. 2 Boys Singles. Cobb Beers, Allen Michael Creech, John Beckham Youngblood are among the newcomers.

“This is a rebuilding year for the boys, but I see a lot of  potential,” Stinson said.