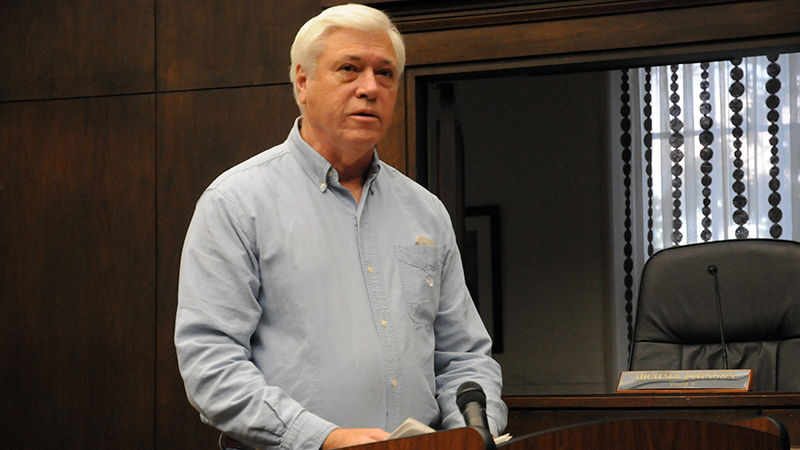 At its last meeting, the Selma City Council floated the idea of changing the name of Cole Street to honor Selma Police Department (SPD) Chief Earnest L. Tate – during its work session Monday, Martin Chance addressed the council to voice his opposition to the proposal.

At the center of Chance’s argument was the fact that a bill passed by the Alabama Legislature in 2017, the Alabama Memorial Preservation Act, forbids any effort to move or rename historically-significant buildings and monuments that date back 40 years or longer.

The bill has largely been used as a way to protect Confederate monuments.

Chance noted that attempting to change the name of Cole Street, whose namesake is unknown, would be a violation of state law that carries with it a “stiff penalty” – Birmingham was recently fined $25,000 for obstructing the view of a Confederate memorial.

According to Chance, Dallas County Probate Judge Jimmy Nunn, while serving as city attorney for Selma, previously advised against renaming Lawrence Street for the same reasons.

“I have no issue with honoring Chief Tate,” Chance said. “If you ever build a public safety building…splash pad, build a new street, and name it after Chief Tate, I’ll be there.”

Chance also took exception with the fact that, when it originally discussed the idea, the council considered the $1,000 fee usually incurred when renaming a street.

“If we’re going to have that fee, let’s not be waiving it,” Chance said. “Either you have it or you don’t have it.”

Chance added that efforts to change the name of the Edmund Pettus Bridge, or even install signage denoting Pettus’ affiliation with the Ku Klux Klan (KKK), would also be prohibited under the state law.

Later in the meeting, Leashore noted that he is aware of the law, but advocated for renaming the street anyway, noting that Tate was a “distinguished, long-time civil servant” in Selma and that residents of the street to be renamed signed a petition calling for the change.

For his part, Leashore noted that he doesn’t know who Cole Street is named for, nor of any contributions the street’s namesake made in Selma or Dallas County.

“It’s going to take some time,” Graham responded. “Time is against us now.”

Graham intimated that the department would need more firefighters before it could reopen the shuddered station and it would need to be able to offer more competitive pay in order to recruit and retain new firefighters.

Though he recently hired eight new officers, the process for promoting firefighters to the point that they can lead a station takes roughly two years to complete.

“If we don’t do something soon about trying to get some pay to these guys, I’m in a fear that these people aren’t going to hang around for very long,” Graham said. “We’ve got to bring our salary up to something competitive to keep these guys from [leaving the SFD].”

For her part, Benjamin asserted that the firefighters are aware of the paygrade when they sign on to the fire department.

Selma Police Department (SPD) Chief Kenta Fulford appeared before the council next and reported that he has hired one new officer and has talked with three former SPD officers interested in returning to the force.

Selma City Councilman John Leashore broached two subjects with the chief – Leashore voiced his desire to see the city “declare war on litter,” as well as his hope that the department will develop a Cold Case Unit in the coming months.

As far as the Cold Case Unit is concerned, Leashore floated the idea of recruiting retired detectives that could work on a part-time basis to close some of the unsolved murder cases that have plagued Queen City residents for years.

As far as fighting litter, Leashore wants the city to consider instituting an ordinance similar to one recently introduced in Birmingham, which slaps litterers with hefty fines in an effort to keep the city clean.

“This city does not deserve the mess and the crap it has been exposed to,” Leashore said. “It’s just heartbreaking to me to see how filthy this city is.”

Selma native signs on with LSA