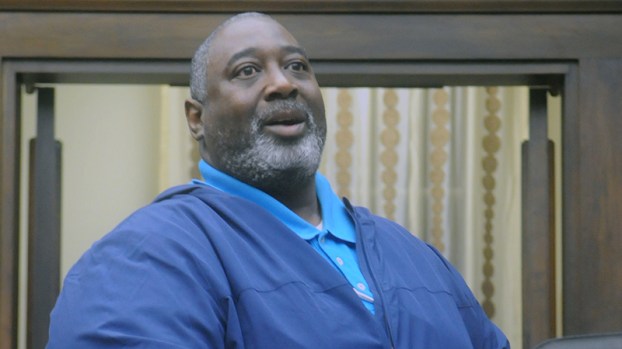 During its meeting Monday, which was moved up to accommodate the upcoming Thanksgiving holiday, the Selma City Council wondered aloud why Selma City Tax Collector Kim Lewis continues to refuse to attend council meetings and provide a report akin to those given by representatives from the Selma Police Department (SPD), the Selma Fire Department (SFD) and Selma City Treasurer Ronita Wade.

Selma City Council President Corey Bowie brought up the issue, noting that Lewis has been invited to several meetings and emphasizing the fact that the council holds the authority to appoint the City of Selma Tax Collector.

“We need to hold all appointed [officials] to the same standard,” Bowie said. “This is vital information that the citizens need to know.”

Selma City Council President Pro Tem Angela Benjamin read a memo from Lewis, which stated that the council must follow procedures put in place by Selma Mayor Darrio Melton regarding a request for the presence of a city department head at council meetings.

Lewis stated in the memo that most information from her office should be available in Wade’s financial report, though she added that she would provide any additional information that the council requested, and took issue with the fact that the council has done nothing to address a “threat” from Selma City Councilwoman Jannie Thomas.

Thomas stated that she never threatened Lewis, but noted that the two had a disagreement over garbage exemptions, which Thomas said were pulled without notification from several disabled residents, many of which had already filed exemption paperwork.

Selma City Councilwoman Susan Youngblood noted that, as an employee appointed by the council, Lewis should be expected to come before the council and added that she would like to see a monthly report on paid and unpaid business licenses out of Lewis’s office.

Selma City Councilwoman Miah Jackson added that she would like to see information related to unpaid property taxes and opined that the city, as is its right, might be wise to consider getting out of the tax collection business, which could be taken on by the county for a “small fee.”

“If she is not able to adequately do her job…maybe we need to look at something else,” Jackson said, adding that if Lewis is unable to address the city’s needs then it might be time “to part ways.”

Former City of Selma Recreation Department employee Curtis Wimberly, who was laid-off last year, brought information before the council that indicates that, despite the hiring freeze imposed by the council on all positions beyond public safety, that an Assistant Director was hired for the department without being made available to the public.

“I felt like this would be a job I would be qualified to do,” Wimberly said, noting that he has now accepted another job. “I have knowledge of everything that goes on in Selma recreation. It’s just a serious concern of mine.”

Wimberly added that the failure of the city to post the opening publicly could put it at odds with state and federal labor laws.

Upon looking at documents related to hiring, Jackson noted that multiple positions have been filled in disregard of the council’s hiring and promotion freeze, which she called “misappropriating” and “misusing” funds.

“Ultimately, it’s the council’s responsibility,” Jackson said. “We’re going to have to get a handle on this.”

Upon starting her report, Wade stated that there has been “misappropriation of payroll funds” related to the City of Selma Recreation Department, noting that employees were paid at a rate ended at a recent council meeting.

Previously, the city and county split ownership and maintenance of the city sports complex and employees were paid additional compensation from the county for doing the work – when ownership returned to the city, the county portion of salaries was meant to be ended per a council vote.

According to Wade, there has been a “constant” and “ongoing” effort to undermine the council’s decisions in city hall, with the payments to recreation employees only the latest infraction.

Wade stated that an employee in her department “elected” to ignore her instructions not to pay the county portion of the salary, but the workers received more than $900.

The treasurer asked for the council to stand with her in holding employees accountable for their actions and consider holding bad actors in contempt.

Jackson thanked Wade for her “courageous tenacity” and railed against the flagrant disregard for legislative decision-making being manifested throughout city hall.

“I’m very concerned because this is deliberate,” Jackson said. “This is a deliberate act and we need to ensure that we put the necessary procedures in place so this doesn’t happen again.”