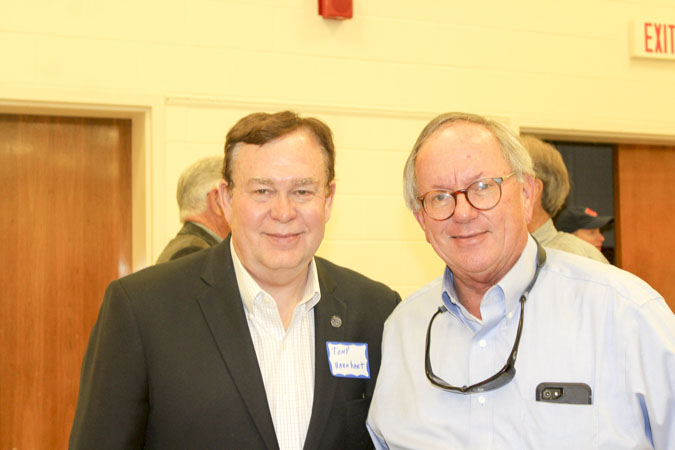 Veteran sportswriter Tony Barnhart made his second stop at the Selma Quarterback Club in the last four years on Monday night.

Barnhart spoke at the final QB Club meeting of the year at the Selma Convention Center.

The former Atlanta Journal-Constutition sportswriter discusses Alabama’s chances to  reach the College Football Playoff.  The Crimson Tide (8-1) is coming off a 46-41 loss to top-ranked LSU over the weekend.

“A lot depends on how far Alabama drops in the next College Football rankings,” Barnhart said. “They need to pull for Auburn to beat Georgia on Saturday. Alabama needs to win out and have Baylor and Minnesota to lose. It is possible for Alabama to make the playoff, but they need a lot of help.”

Barnhart also said LSU should be the number one seed for the playoff if they win out.