Why I Love Selma – Optimistic volunteer 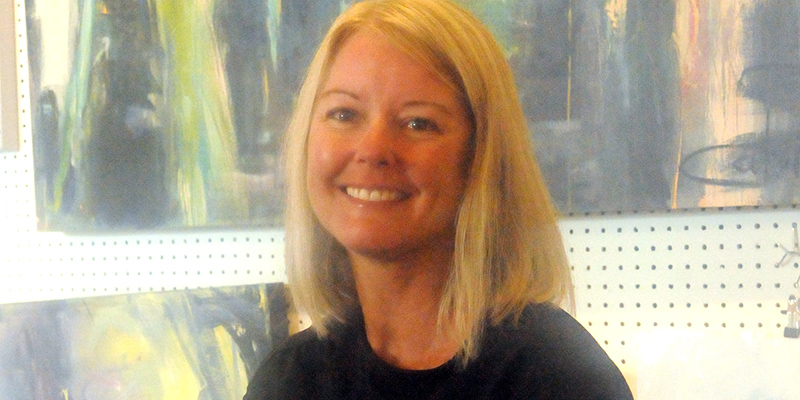 Optimism and excitement about her adopted hometown of Selma flows from Becky Youngblood like the water rolls through Selma and down the Alabama River. While she was not born and raised in here, Youngblood, who is executive director of Arts Revive, loves the small town life Selma offers and is vested in helping make it the best it can be.

A native of Brewton, Youngblood moved to Selma 19 years ago after marrying her husband Lee, a Selma native. She graduated from the University of Alabama with an engineering degree and holds a certificate in environmental regulatory compliance. She and Lee have three children, and they have found Selma to be a perfect fit for them.

“In general, small towns are more special,” Youngblood said. “People are kind, your doctors call and check on you at home, and your pharmacist knows exactly who you are. It’s just that special treatment that I don’t think you get in a big city.  To me that is the most valuable thing about small towns and Selma does it very well.”

Volunteerism is important to Youngblood and she doesn’t just preach it, she lives it, having served on various community-focused boards such as the Selma – Dallas County Library and YMCA. She is also an active member of St. Paul’s Episcopal Church. Now her focus is set squarely on developing Arts Revive and building on the solid foundation that was constructed before she was named executive director in 2018.

“Arts Revive has made a big impact in an area that is impoverished and desolate,” Youngblood said. And it’s not just Arts Revive, but in this area the change that’s transpired just since I’ve been with Arts Revive is amazing. And with the St. James being renovated, we have a true opportunity to capture some of this tourism. We have the river, we have beautiful architecture, we have the most beautiful churches I have ever seen and we have constant tourism. Most cities would love to have one of those things, and we have all of them.”

While growing Arts Revive is near the top of her to-do list, the organization’s role in community building is essential to drawing people from all walks of life closer together – which is where true community building takes place. One favorite project of hers involved artistically painting a concrete barricade next to Arts Revive’s building, turning what was once an eyesore into a functional, eclectic piece of art.

“We had children from Arsenal Place and from the GWC neighborhood and all walks of life out there working in harmony,” Youngblood said. “We had Clyde’s Food Truck playing jazz in the street. It was just an awesome day.”

With her bright smile fully on display, Youngblood remains optimistic about Selma’s future where she sees a community working hand-in-hand with each other for a better Selma.

“I believe everybody wants the best for Selma,” she said. “We’ve got to hold hands and embrace it together and I see that happening more and more and that’s encouraging to me.”