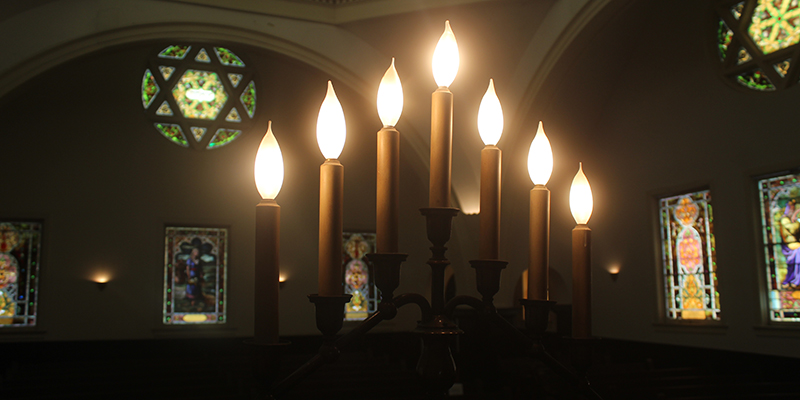 Perhaps no one knows more about Temple Mishkan Israel than Ronnie Leet.

Leet, who serves as the temple’s president, is a lifelong resident of Selma.

Growing up in the Queen City, Leet experienced many of his life’s milestones within the temple’s walls. His bar mitzvah, his sister’s wedding and a decades of worship services are among them.

“I grew up in the temple,” said Leet. “Just like people who grew up in a church. It’s the same situation. You love the place and it becomes your second home.”

As of late, Leet has developed a renewed optimism about the future of the 120-year-old building.

After nearly 20 years in the making, the temple is finally making steps to restore the temple so that it may be enjoyed for future generations.

Dr. Amy Milligan, a professor and researcher of Jewish studies at Old Dominion University in Norfolk, Virginia has been responsible for many of those steps.

Milligan is responsible for creating a GoFundMe account to raise money to renovate the temple, as well as a Facebook page to increase awareness about the project.

“She’s fallen in love with Selma,” said Leet. “She came here on a whim and fell in love with the temple. She has just decided that this is a project she wants to be involved in.”

Leet describes Milligan’s enthusiasm for the project as contagious, and is happy to have her outsider’s perspective.

“That fulfills a void in this whole process for me,” said Leet. “Now I have somebody that can write things and that can think outside of the box. When you’re so ingrained in something, sometimes it’s hard to dig details out and say things that you want.”

The Temple has raised around $35,000 for its needed renovations so far.

Leet says that the project has really picked up momentum through social media and local news coverage as well as nationally and even international publications turning an interested eye to the project.

While it’s a comparative drop in the bucket compared to the $8-9 million Leet estimates is needed to renovate the temple, it’s definitely a start in making repairs to the roof, wiring and foundation, all of which are critical in making sure that the temple doesn’t fall any further into disrepair.

“It’s a start,” said Leet. “We feel hopeful. We believe it can be done. It’s going to take a lot of money to do what we need to do.”

Upon completing the necessary repairs, Leet would like to focus on tourism.

“There’s just so much potential,” said Leet. “Not only for the Jewish legacy, but for tourism and the longevity of this building.”

Leet would also like to turn the pink house adjacent to Temple Mishkan Israel, which the temple owns, into a Jewish cultural center in which tourists and locals alike could come and learn about the Jewish history of Selma aside from the Temple.

“We have DVDs of video testimony from our old members that have long been gone. We have two sets of those, a 15-year-old set and a 9-year-old set done by two different organizations,” he said.

Leet thinks it would be great to feature those testimonies in an interactive audio-video display, much like the Selma interpretive center does with the city’s Civil Rights history.

According to Leet, Selma was once home to several thriving Jewish businesses including the L.C. Adler Furniture Company, the Siegel Automobile Company, Benish and Meyer Tobacco and Richard Thalheimer Liquors.

“All these families had significant businesses downtown,” said Leet. “We have all these stories that need to be transcribed. Being able to tell the lasting story of Selma’s Jewish past is important. And of course, as a Selmian, tourism is important to me. It’s important to Selma.”

Leet says that the temple is currently in the process of compiling things together so that presentations can be made to larger potential donors.

“We’ve been told by a significant donor, ‘I need to see your mission, your vision, your long-term plan, the numbers, financial statements,’ all that needs to be put into a hard copy. And that’s with any fundraising endeavor.”

Leet said that he’s interested to see how things work out for the Temple.

“We’ll see where it goes,” he said. “I’m not one of these people that believes that the higher power controls everything. We control our destiny, so we’ll make it work or we won’t.”

Why I Love Selma – Brendan O’Connor