Katasha Turner is a rare female Athletic Director in Alabama 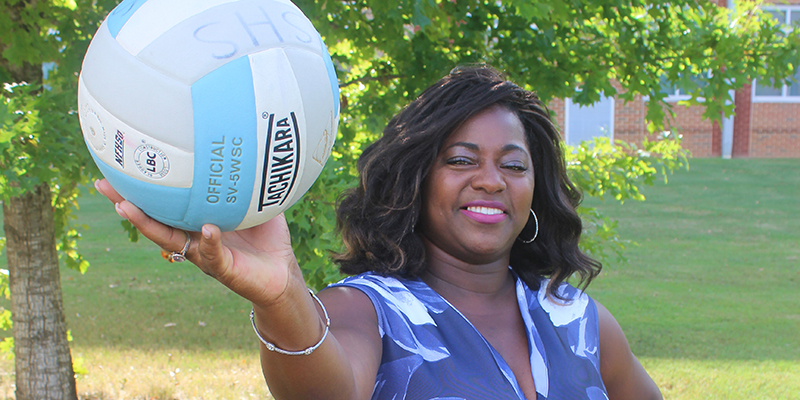 “It feels different,” Turner said. “But in today’s time, there is a shift. A football coach or male does not always have to be the AD.  Women are known to get the job done at hand.”

“Coach Turner will do a great job,” Moss said.

Turner sees bigger obstacles than her gender in her new role.

“It is a challenge because I   have to look   at sports as more than just my team but the   entire Athletic Department,” Turner said. “Its more   than just   eligibility it   is fundraising, being an advocate for the coaches and   support for the student   athletes.   It is added pressure because   I am   not just   dealing   with my own teams   that I been coaching for four seasons, but again   all   sports and   show them the support   as well.”

For Turner, coaching track, volleyball and being AD all at once also provides a huge challenge.

“I   wear many hats,” Turner said. “Being a female    coach I have always had to juggle two to three sports in a year due to   reaching at some   financial equality of male   coaches.   I have   coached    basketball and softball too.”

Turner admits she has a favorite sport to coach.

“My favorite is   track and field    but   being   raised around   track, that’s all I knew,” Turner said. “But I loved being adopted by volleyball. I walked into the gym as an assistant coach. By   the end of the summer, because   of the coach’s pregnancy, I ended up becoming   the head   coach. I literally had to be a student of the game.”

Turner said track and volleyball each provide the same objective.

“Track and volleyball both offer different ways to win, but their common goal is winning,” Turner said.

Turner’s road to the Queen City began in her hometown of Tyler, Texas. Turner was raised in St. Louis and Rockford, Illinois. She found her way to Alabama State University (ASU) and earned a degree in Physical Education.  She achieved a master’s degree in Athletic Administration at the University of Concordia-Irvine.

Turner said her upbringing prepared her for a bright future in sports administration.

“My experience   in   playing as a student-  athlete, being a student   athletic   trainer in   college, coaching   several sports, graduate school and being a part of   the NIAAA and   Advancing Academy    both   have   assisted with   me with the development    of   understanding   and   ways   to   build and move a program forward,” Turner said. “Especially   Advancing Academy, which   has   allowed me to meet and connect   with a well-rounded group of women from the   interscholastic to   collegiate   level as well as     branding   consultants; it is a   phenomenal   experience.”

Turner built a name for herself as track coach at Pike County High School, Enterprise High and Carroll High. Turner coached Clarke County to an appearance in the Elite Eight round of the AHSAA volleyball tournament.

Four years ago, Turner was named softball and volleyball coach at Concordia College Alabama (CCA). She was also an assistant basketball coach, helping CCA win a national championship in the United States Collegiate Athletic Association (USCAA) during the 2015-16 season. The job didn’t last because CCA eventually closed down and Turner ended up at Selma.

Turner has a vision for Selma High athletics.

“The   ultimate goal is    for    Selma   to not only compete at a high level but to   look and   have our own    facilities,” Turner said. “The other goal is bringing back our spirit and pride for the city   of Selma.   This   includes   building   our feeder programs, improving our   student athletic   academic achievement and ACT scores in order for   the   opportunity to be recruited and increase   attendance to all   athletic   events.”