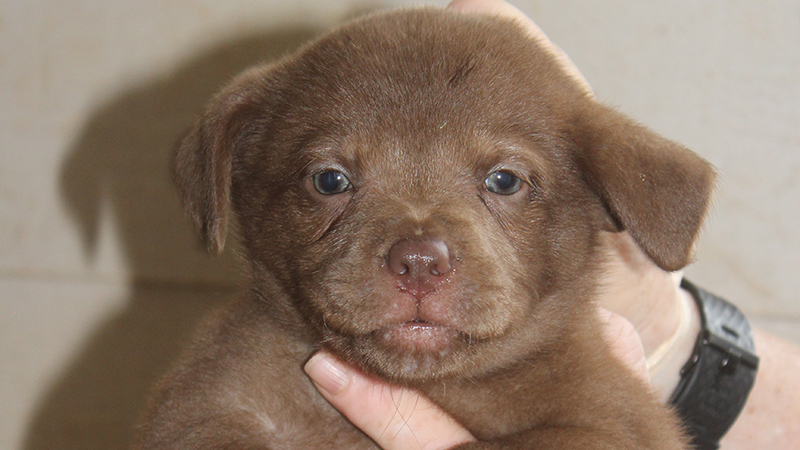 The volunteers of Wannabe Rescued, a non-profit organization dedicated to recuing homeless and abandoned dogs from local shelters and owners who can no longer care for their pets, work 24 hours a day, seven days a week in an effort to help the neglected animals of the Selma-Dallas County area.

The organization began in 2012 thanks to the efforts of its founding members Lorraine Alexander and Debbie Clark.

“It was a lot different than it is today,” said Alexander.

“It started out with me and her [Alexander] going to the shelter one day and seeing how much of a problem there was and how many dogs were being put to sleep. 96 percent of them never made it out the door,” said Clark. “So we decided to post their pictures and get them networked and it sort of exploded from there. We got our non-profit certification, other volunteers and developed partnerships and that’s how we’ve been able to help rescue so many dogs.”

According to Clark, the organization rescues, on average, 700-800 dogs and puppies per year.

When asked what the mission of Wannabe Rescued is, Clark’s first answer is simple, “We want to help every single dog that we can,” she said.

After thinking about it for a moment though, Clark said that the main goal of the organization is to inform.

“We just want people to know we have a real problem here,” she said. “There’s a lot of strays. More strays than people to give them homes.”

Clark cites much of the problem stems from people neglecting to spay and neuter their dogs.

“If they’d just spay and neuter their pets that would eliminate a lot of the problem,” she said.

According to Clark, Wannabe Rescued often has to work with other rescue groups to get animals adopted.

The group says That Badass Brooklyn Animal Rescue was one of the first organizations to reach out and lend a hand to Wannabe Rescued and continues to work with them today.

2013, Badass took 30 dogs from Wannabe Rescued and found them homes in other states.

“We really learned a lot from them as an organization,” said Alexander.

The partnership with Badass led to several more rescue groups reaching out to help save Selma’s homeless animals.

“They’re all no-kill. They’re all foster based and we’ve been to every one of these places and built relationships with these people,” said Alexander. “We’re really careful with who we work with.”

Part of the reason, Wannabe rescued has been so successful is due to their active presence on social media.

The group regularly updates their Facebook page with often adorable photos of rescue dogs and is sure to let everyone know when they have a fundraiser going on.

Despite the negatives that can certainly plague social media, Facebook has been an invaluable tool for Wannabe rescued.

“It’s been the best thing for us,” said Alexander. “It’s really helped us network.”
Despite their incredibly useful asset in Facebook and their partnerships with other rescue organizations, Wannabe Rescued still feels it could use some help in its mission to provide dogs with homes.

The group is in desperate need of foster home to house animals. The group currently has around 20 but Clark says they could use at least that many more.

If the animals can’t be held at a foster home then they must be boarded at the vet to avoid being put to sleep at the animal shelter.

Wannabe rescued pays to have the dogs boarded.

“That’s been one of our biggest expenses over the last several months is boarding,” said Clark. “And then we work really hard to fundraise.”

“That’s where all of the money comes from,” said Jennifer Tolbert, a volunteer with the organization since 2016.

Wannabe Rescued throws several fundraisers every year to raise money to help homeless animals, including yard sales, their booth at Junebugg’s Flea and Antique Mall, setting up at

“We pretty much have something going on every six weeks or so,” said Clark.

While much of the organization’s support comes from fundraising, Alexander says that absolutely none of it would be possible without the groups volunteers.

“We cannot do any of this without these volunteers,’ said Clark. “Without these fosters, without the community’s support, we can’t do it. We just can’t.”

Wannabe Rescued needs all the assistance they can get. Many of the volunteers work 24/7 with the organization in addition to the responsibilities of a day job.

“At any given time we have 100 dogs,” said Beverly Huffman, another volunteer who’s been with the organization since its founding.

The group does everything that they can to help the animals including administering shots, giving heartworms treatments and giving them medicine.

Despite all of the difficulties that come with running a volunteer animal rescue, the volunteers keep persisting, in spite of hardships.

“We do it for the dogs,” said Clark. “Once you go down to the shelter and see all of those animals you’re hooked. You can’t walk away.”