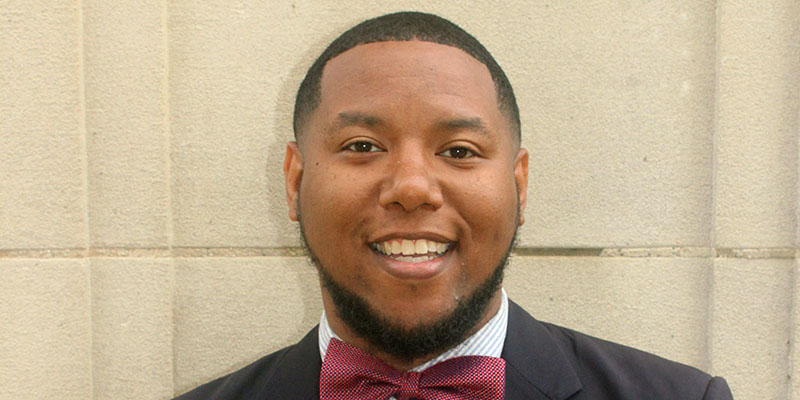 Robert Stewart has returned to Selma with a new career to help better not just Dallas County but the entire Blackbelt Region.

Changing careers from being an accountant to serving as the Blackbelt Region Outreach Coordinator for Rep. Terri Sewell, D-AL, has allowed Stewart to serve his hometown in a new capacity.

“Last year I made a career transition from accounting where I had a variety of roles where I worked for non-profits, Fortune 500s and state government,” he said. “I always had a passion for public service. I did this internship in this (Sewell’s) office after my internship on Wall Street. I ignored that pull for some time because we all have to deal with what we view as success and as we mature how we define success changes. For me, public service was always a passion of mine and I had always wanted to pursue it and this is why I was able to change careers and it was a good fit.”

“Now, I’m the Blackbelt Region Outreach Coordinator for Congresswoman Terri Sewell so I work in eight counties: Dallas, Perry, Wilcox, Clarke, Marengo, Choctaw and Sumter and picking up some work in Lowndes County,” Stewart said. “My job is to be a liaison between Congresswoman Sewell and the constituents and It is my job to get an understanding of the community issues and to get solutions to those and relay those issues to the Congresswoman so that she can better advocate on our behalf while she is in D.C.

“No day is ever the same,” said Stewart. “I’m out of the office at least three days a week planning community events attending events speaking on the Congresswoman’s behalf and meeting with constituents. When I’m in the office, I work with veterans and try to help them secure VA benefits, we support nonprofits who are seeking federal grants. One of the most fulfilling experiences was I recently received an email from a constituent who received a grant that our office sent a letter of support for. That was a full circle moment.”

Stewart said he is happy to give back to the town and community that gave him so much.

“It is not lost on me the impact of Selma,” said Stewart. “I had a great childhood in Selma and the Blackbelt area and to be able to come back and volunteer and be a part of other organizations and to be able to serve the community that gave me so much is great. I had so many people telling me that I could and that was so encouraging to me from church family to teachers and people who weren’t even related to me It is an honor to be able to give back.”

Stewart is also part of the 100 Black Men group that works with students in the area.