‘Teacher of the Year’ finalist wears many hats 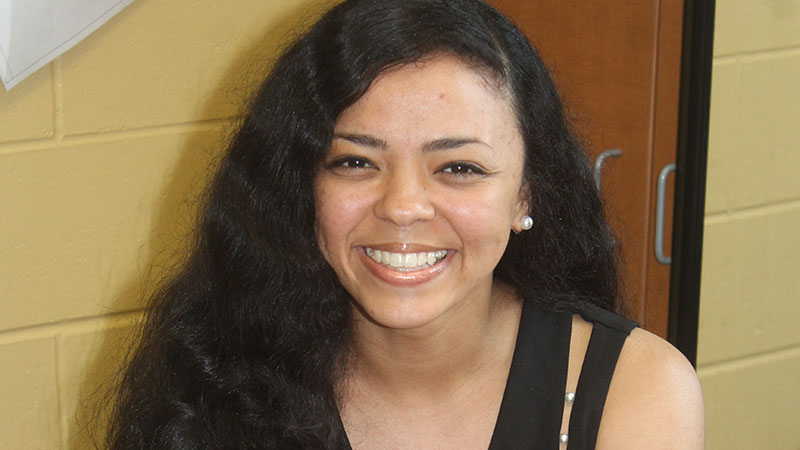 For Mashika Tempero-Culliver, 28, who was an Alabama “Teacher of the Year” finalist this year, it’s hard to know which direction the day will go when she wakes up each morning.

“Depending on my weekly obligations as a pastor’s wife, high school science educator, Ph.D. student and active community member, my schedule regularly changes from day to day,” Tempero-Culliver said.

Despite that, Tempero-Culliver’s days usually include a daily meditation, her various responsibilities as a science teacher at Selma High School, cooking, cleaning, exercising, reading, studying, tutoring and attending services at Tabernacle Baptist Church.

Even with a hectic schedule, Tempero-Culliver finds joy in the work she does.

“I love building positive relationships with my students and colleagues because it helps me to cultivate a productive, collaborative learning culture where all voices and experiences are treated as expertise to my instruction and to my ability to intrinsically motivate my students to rigorously learn and be good-hearted citizens,” Tempero-Culliver said.

As only a third-year resident of Selma, Tempero-Culliver said she has been “extremely empowered by the genuine move towards solidarity and transformation” in the city.

“The Selma community makes family-oriented sacrifices needed to purify and to beautify the narrative of our city,” Tempero-Culliver said, noting that she has gained “first-hand” experience of that move through her volunteer work with multiple organizations in Selma, including the Edmundite Missions, the Selma Center for Nonviolence, Truth and Reconciliation (CNTR) and working as a deputy senator alongside Alabama Sen. Malika Sanders-Fortier, D-Selma.

While she celebrates her new home’s push to advance, Tempero-Culliver still sees ways that the city could do more for its youth, many of which come through her classroom longing to leave the Queen City.

“I personally believe that this statement speaks to how students perceive their place in the community as one that is trivialized and muted by good efforts to give them what ‘we’ think they need,” Tempero-Culliver said. “Thus, I believe that we should create more democratic spaces for students of all economic backgrounds, family histories and statuses to vocally and equally invest in the betterment of this community alongside those we would consider the most powerful influences here.”

Tempero-Culliver believes such action could be taken by gauging what young people’s vision of a “Better Selma” looks like, then melding those ideas with the current vision for growing the city.

“Basically, let’s give young people a voice to tell us what they need and want and then embrace this voice as valued expertise to how we strategically move forward to build a city where they want to live and work,” Tempero-Culliver said.

Special Ed teacher has to ‘roll with the punches’