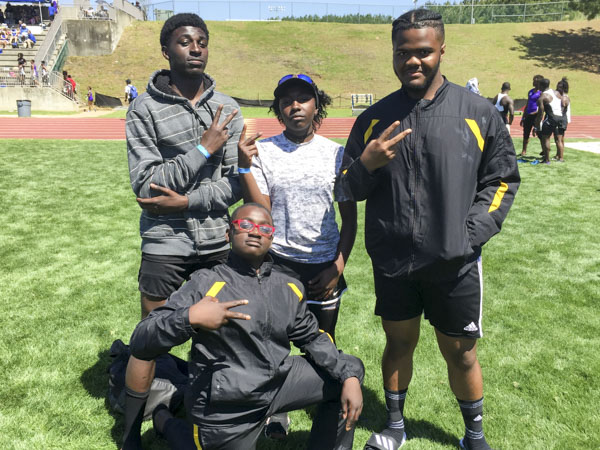 Malachi Walker won the 800-meter run and high jump, finished second in the 400-meter dash and 300-meter hurdles. Christian Walker was third in the discus.

In team events, ECA finished fourth overall, while the Lady Eagles were seventh.

ECA track coach Jeffrey Walker said he was pleased with the Eagles’ effort at the Sectionals.

“They did a great job and I’m very proud of them,” Walker said. “We’ve been facing a lot of injuries since the state meet last year it’s been a struggle this year.”

Walker said the objective is to have the Eagles ready for the 1A state meet, which will be held Friday and Saturday at Oliver Woodard Stadium in Cullman.

“We still have a lot of work and preparation to get done before the state meet,” Walker said. “We have to get back to the basic fundamentals. Even though we’re not 100 percent, I believe if they can get to about 85 percent, we will be able to go and compete.”