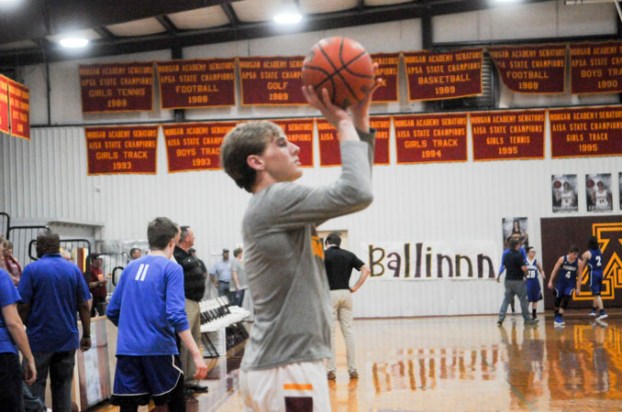 Morgan Academy had two players on the AISA team: guards Gunnar Henderson and Dione Allen. Henderson made the first team, while Allen was honorable mention.

Keith High forward Arayvion Jones made the Class 1A third team. He was MVP of the Dallas County Schools Basketball Tournament in December.

Henderson, an Auburn University baseball signee, was MVP of the AISA All-Star basketball game. Allen also played in the game.

“I am really proud of these guys, they represent Morgan well on and off the court,” Knight said. “These guys play and work hard year-round playing multiple sports. Dione and Gunnar are great leaders and really have bright futures ahead of them.  They will be greatly missed next year.”

“It’s a big accomplishment for Arayvion and the boys’ basketball program at Keith High School,” Reeves said. “It is something as a coach I am proud to see. Jones works hard and is a good kid.”

The timing was perfect for former Alabama basketball star Erwin Dudley to retire from professional basketball. The Uniontown native will... read more