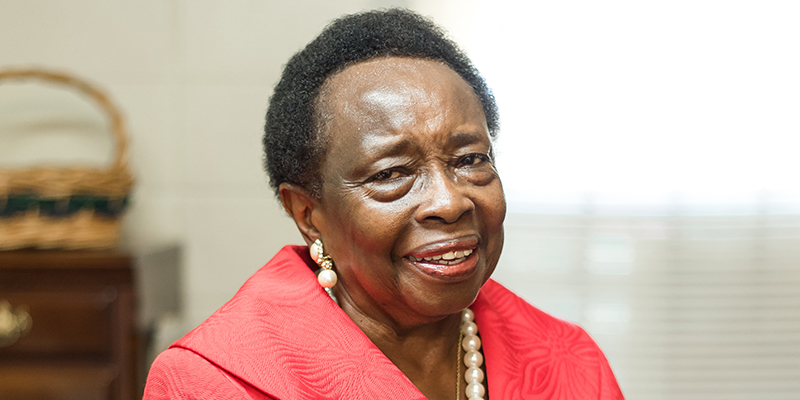 For more than 50 years Sadie Moss has been dedicating her life to educating the youth of Selma and Dallas County. She has been a teacher, a counselor and now director of the McRae Gaines Learning Center.

Moss started with McRae in 2005 and quickly rose to leadership as the director in 2006.

She now works with children ages 12 months to 7-years-old, whom she affectionately calls her “babies.”

She said working with the children is a joy and she believes God’s glory keeps her going.

This year, the school’s summer learning program was named in her honor because of her many years of dedication and devotion to the school and its students.

The program is called the “Sadie Moss Summer Learning Institute,” and it educates children ages four to eight years old with critical learning opportunities in English, mathematics, the arts and physical activity.

The ultimate goal of the program is to prevent the summer learning slide.

Moss has three children and many godchildren of her own.

Even though she’s originally from Orrville, Moss said her love for Selma runs deep.

“I just love Selma, and if we could get some people here who would really do something for people, then we could really get Selma moving,” she said. “I don’t know any other place I’d rather be.”

In addition to Moss being an educator for decades, she has also been involved in the community for many years.

Moss became a member of the Selma Alumnae Chapter of Delta Sigma Theta Sorority, Inc. in 1987.

“I joined because it is a service organization, and I love working and helping with the public,” she said.

Through her membership with the civic organization, she has volunteered throughout the city of Selma and Dallas County in many ways.

She has mentored youth through the organization’s Delta Academy Program, rang bells to raise money for the Salvation Army, participated in Adopt-a-Mile and assisted in planning GetFit, Selma!