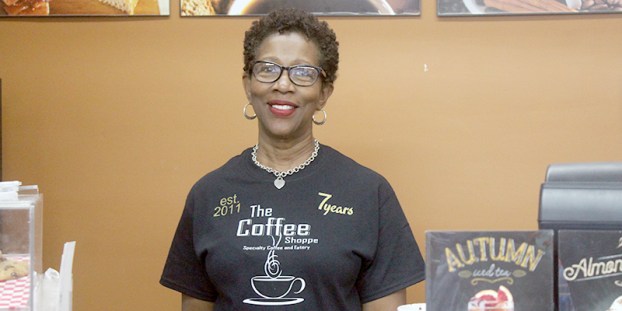 The Coffee Shoppe on Broad Street was bristling with activity on Thursday as locals celebrated the café’s seventh year in business.

“Today is a very humbling experience,” said owner Jackie Smith. “This community has really embraced us and I want to thank the people of Selma for supporting us and keeping us here.”

Smith opened the small community restaurant in 2011 after nearly 25 years of working for the city and another eight years with Hyundai in Montgomery. She said she finally tired of the commute and decided to take a chance.

“When I got started, I didn’t know anything about being an entrepreneur,” Smith said. “I was running this place with my heart.”

Smith admitted that in the beginning, she struggled to stay afloat, as her instinct led her to give out products for free and offer unsustainable low prices, but she learned from those early missteps and now celebrates a booming business in the heart of Selma.

“This job has been so fulfilling,” Smith said. “we’ve touched so many lives and we meet people from all over the world.”

Among those people who have visited The Coffee Shoppe are Felicia Rashaad of “Cosby Show” fame, talk show host David Letterman, California Democrat Maxine Waters and many others.

Smith landed on opening a coffee shop because of her love for coffee and community.

“I wanted to create a place where the community could come together,” Smith said. “I was raised in a house where every morning we woke up to that pot of coffee on the stove percolating. I always loved to entertain, the more the merrier.”

The Coffee Shoppe has been located in the same building for the entirety of its existence and its proprietor has no intentions of leaving, as she believes the small space creates those opportunities for interaction which are so integral to her business model.

However, after some advice from a marketing specialist, Smith says the restaurant will now feature an upgraded brand and everything that leaves her shop will have the business’s name on it.

Smith offered some advice for up-and-coming business owners who might be facing the same struggles as she did in those early days.

“It’s so important to treat every customer like they’re the only customer,” Smith said. “That is what has sustained us.”

“If people choose to spend their money with us, we need to show them we appreciate them,” she continued. “They could have gone to any restaurant and they chose to come here.”

A small contingent of the 68 workers laid off by the City of Selma, alongside family and supporters from the... read more