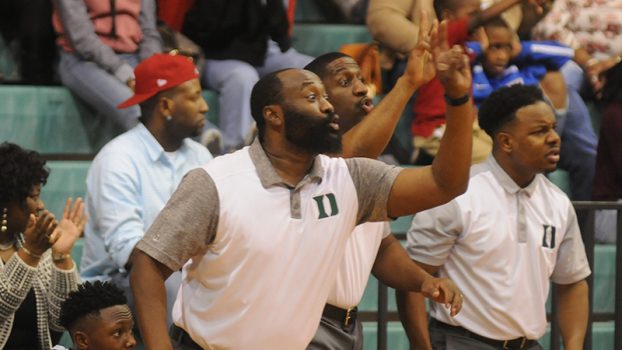 Southside coach Lenord Jones said the Panthers have only practiced together for a week because of football season. Nine basketball players were key members of the Panthers 0-10 football squad.

One player Jones expected to count was shooting guard Derrick Griffin, who transferred to Parker High School last month. Malik Johnson and Markendrick Williams are key returnees for the Panthers. Johnson averaged 15 points and 12 rebounds a year ago.

“I think we’ll have a pretty good team once we learn how to play together,” Jones said.

The Lady Panthers figure to have a strong squad, led by the expected return of Destiny Davis, Kylan Brown and Christina Watts.

Keith came within one game of reaching the Class 2A Final Four last year, falling to Aliceville 51-32. The Bears, coached by Clifton Reeves, moved down to 1A and have a shot at making another deep tournament run.  Leading the Bears will be Kendarius Perry, Mark Young and Arayvion Jones.

The Lady Bears were also a game away from reaching the Final Four, but lost to Sand Rock. Keith must replace Selma Times-Journal player of the year, Shatavia Moore. Jakira Simmons will be expected to play a big role for the Lady Bears.

The Hornets will have one of the area’s top players in Kendall Thomas, who averaged 15 points a game last season.

“One of our main goals is to take this team to the Regional tournament,” Hornets coach Cliff Nix said. “I want this team to play in that environment.  We’re young and energetic. I like the character of this team. They’re good kids and make good grades.”

Ebony Simmons is the player to watch for the Lady Hornets, coached by Eddie Jackson.

“We’re more athletic this year, we’ll try to be up-tempo if we can jell together,” Knight said.

MCS won the ACCA championship last year and are now in AISA. Bob Taylor is the Lady Trojans’ coach. Volleyball standout Alyssa Verhoff will be a key player for MCS. Tim Burton is the boys’ coach. Tayton Mullenix, the Trojans’ quarterback, is on the basketball team.