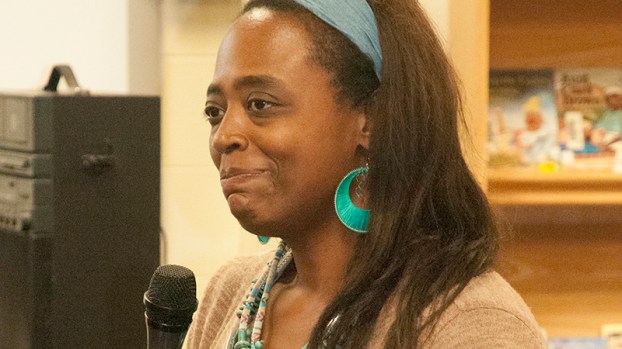 “In this age of standardized testing and budget cuts, the lack of arts in today’s schools can be daunting. Yet the arts can be linked to all the things we want for our children and future citizens: increased academic achievement, healthy social and emotional development, creative problem solving skills and a positive self-image,” said Devon Gray who is associated with ArtsRevive. “For the sixth year, ArtsRevive is doing their part to bring the arts back into Selma schools. Over the course of two days more than 1,000 students will be able to experience the rich art of storytelling with artists Salaam Green and Sean Dietrich.

Both artists are visiting Selma to take part in the 40th Annual Kathryn Tucker Windham Tale Tellin’ Festival at the Carneal Building this Thursday, Oct. 18 beginning at 6:30 p.m. This event is made possible with the generous support of both the Alabama State Council on the Arts and the Blackbelt Community Foundation.”

She also is a 2018 New Economies Climate Reporting Fellow, and was born and raised in the Black Belt of Alabama.

Sean Dietrich (Sean of the South) is a columnist, novelist, and radio show host, known for his commentary on life in the American South. His work has appeared in Southern Living, The Tallahassee Democrat, Good Grit, South Magazine, Alabama Living, the Birmingham News, Thom Magazine, The Mobile Press Register and he has authored seven books.

Tickets for Thursday night’s event can be purchased at www.eventbrite.com until 6 p.m. on the night of the event. Tickets range from $10 (members) to $15 (non-members). The evening also includes music by emcee Paul Garner. Drinks from Blackbelt Benefit Group and food truck by Shindigs Catering will be available for purchase as well.

ArtsRevive is a membership-based, non-profit organization based in downtown Selma. Incorporated in 2003, ArtsRevive is continuously growing in terms of membership and number of opportunities for the community. ArtsRevive sees its role as a vehicle to support individuals and organizations who are doing the good work in Selma and the surrounding areas.