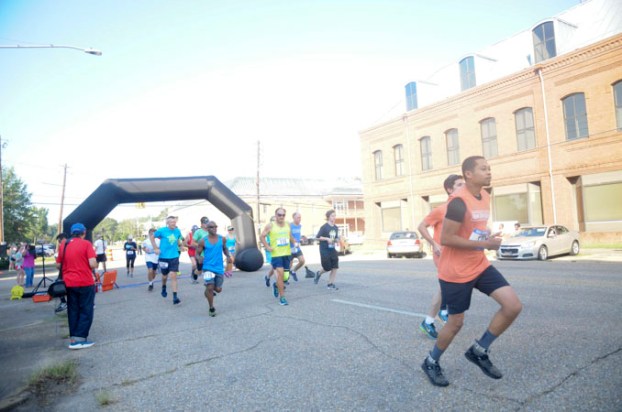 The annual Runners in Integrity Worldwide’s Run for Kenya had another successful race this year.

A total of 325 runners competed in either the 5K, 10K or 1-mile run on Saturday morning in downtown Selma.

The event raised almost $100,000 this year, according to Integrity race coordinator Elizabeth Gilmer.

Gilmer said this year’s race had 50 more runners than 2017. She also said the event had 100 volunteers and another 100 people to just hang out.

“The race has gotten bigger each year,” Gilmer said. “It continues to grow each year.”

The annual run always raises funding for Integrity, a local organization that has focused in on changing the lives of the people in Meto, Kenya. Money raised from Saturday’s race goes toward building a medical clinic in Meto.

Several runners said they participate because it helps unite Selma and Dallas County.

“This is our third year competing,” Walker Track Club coach Jeff Walker said. “It’s an awesome event for the community to come together.”

“I’ve competed in this race for five years and I love it,” Selma resident Susan Hendrick said. “It’s very uplifting for me to compete. Running helps with my self-esteem.”

Other runners said they participate because proceeds go toward helping Kenya.

“I wanted to run and show my face out here,” Cathedral Christian junior Seth Hunter said. “I’m doing this for Kenya. I want to raise awareness for them.”

Morgan Academy cheerleader coach Alex Harrelson uses the event to take a break from the rigorous demands of football season.

“I enjoy running in it,” Harrelson said. “It’s a fun event for the community.”

Lisa Henderson started her career with E-911 more than 23 years ago, with the last eight of those years being... read more