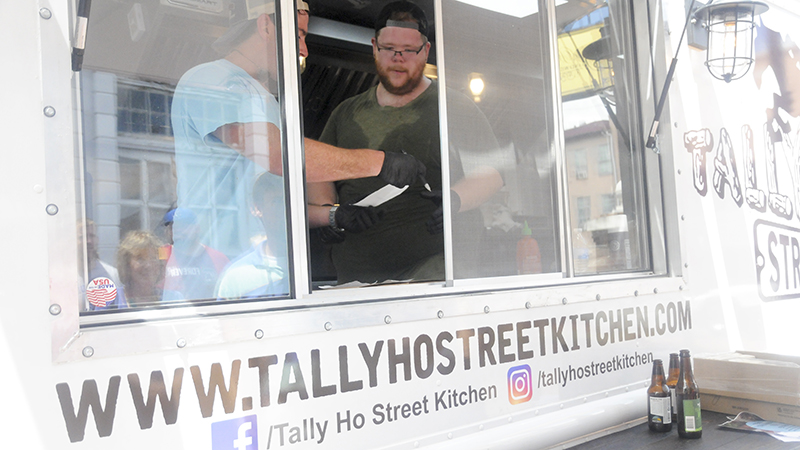 “It was better than expected, and that’s good,” he said. “We’re gonna keep it going.”

The purpose of the event was to feature local food vendors and local music artists.

While people stood in line waiting to order and or pick up their food, Edgar Reeves and Paul Garner provided live tunes.

Carmichael said even with the hot weather the event flowed perfectly, and he was so happy to see so many people out supporting the local businesses. He said there were between 150 to 200 people present.

“I don’t think we’ll do anything differently,” he said. “The only thing that needs to change is the weather.”

This is not the last Food Truck Saturday the group will host in the city. Carmichael said the organization is partnering with other local groups in the area and have already scheduled the next three food truck events.

“We’re doing the next one Sep.8 in conjunction with ArtsRevive’s Truth Booth,” he said. “We just want to have more things going on downtown.”

Even though he did not have a chance to speak with a lot of people during the event because of the busy atmosphere, Carmichael said the few people he did speak with said they enjoyed everything and were happy to see something like this in the city.

“Everybody said they’d be back next time,” he said.

After the September event, the next dates for Food Truck Saturday are Oct. 6 and Nov. 3.