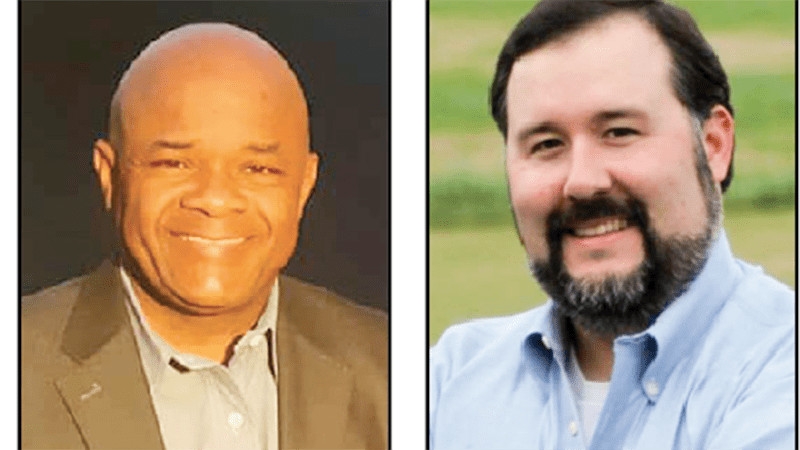 Nunn and Switzer are battling to succeed Kim Ballard on July 17. Absentee voting is already underway.

Both candidates have been busy campaigning since they finished one-two in the Primary Election on June 4. Nunn finished first with 3,983 votes and 35 percent, followed by Switzer, who received 3,753 votes and 33 percent.

“We were ecstatic,” Switzer said. “We thought all along we’d be in the 25 percent range to have a runoff. To take 33 percent into the runoff is incredible. That’s encouraging to me because what I’ve learned all along is there’s awesome people in Dallas County.”

Switzer, a senior Microbiologist at Alabama Department of Public Health, has toured through neighborhoods in Dallas County. His campaign slogan is “The Smart Choice.”

“One of the best benefits has been going door to door,” Switzer said. “Going door to door is where we’ve been getting the response. The people feel they need an approachable judge, someone with an open-door policy.”

Nunn, Selma’s city attorney, is equally pleased with his campaign whose slogan is “There’s Nunn like Jimmy.”

“It’s been going well,” Nunn said. “I’ve been working hard. If you want something, you have to work hard at it. One of the things we’re focusing on is getting more people out to the poll.  If we get them to the poll, we’ll be doing great.”

Nunn has some ideas on how to improve the county, which also includes Orrville and Valley Grande.

“Reducing crime in Dallas County, that’s a priority needed,” Nunn said. “The Sherriff’s department needs more staff and better equipment. The second thing we’re looking at is fixing the roads in Dallas County. It affects everyone because you’re always traveling on the road.”

“It’s come down to the people wanting their roads fixed, improved education, cleaning up and reinvesting in our roads,” Switzer said. “They want the trash off the street and want to work on improving crime.”

“I have the integrity, temperament, diligence and professional competence to be our next probate judge,” Nunn said. “It’s an opportunity to write another chapter in history.”

Switzer believes the opportunity exists for the area to shine.

“There’s a tremendous amount of potential here,” Switzer said. “We’re the 10th largest area in Alabama by land mass. Everyone in Dallas County is waiting for a leader to come in and get to work. I’m ready to take the opportunity.”