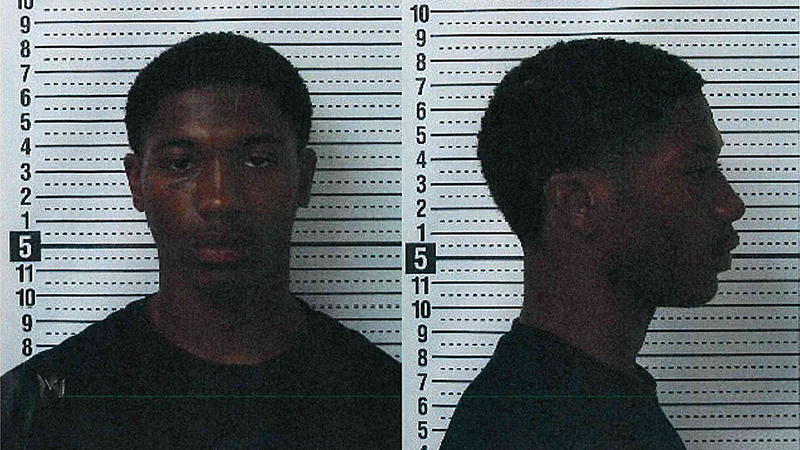 Marquavious Benjamin, 19, of Selma, was captured by law enforcement on Tuesday morning after a weekend search.

Benjamin was charged with capital murder, two counts of attempted murder, shooting in an occupied dwelling and burglary.

Benjamin was wanted in connection to the murder of Breana Williams, 36, and the attempted murder of her son, Dejour Edward, 17.

The shooting happened Sunday night at 11 p.m. on the 400 block of Young Street. The unidentified driver of the car hasn’t been caught. Once the driver is caught, they’ll be charged as an accomplice in a capital murder.

Selma Police Chief Spencer Collier said that Benjamin was found in an attic in a residence on the 1800 block of Bienville Street in Selma.

Benjamin was put into custody around 9:30 a.m. with no incident.

“We had a couple of tips throughout the night,” said Collier. “We knew he was still in Selma, and the U.S. Marshalls just had incredible tracking capabilities, so we felt pretty good we were going to catch him.”

“Mayor Melton is a great supporter of public safety,” Collier said. “He gave us what we needed. I’m proud of our investigative team and patrol officers. They worked hard and tirelessly. From a threat standpoint, he was a threat to our officers and to the people of Selma.”

Melton praised the Selma Police Department for its handling of the case.

“Today’s a good day for the city of Selma,” Melton said. “Anytime you have gun violence in the city, we all suffer. We can’t bring the family’s loved ones back, but at least we brought him to justice. I’m so appreciative of the police department and Collier’s leadership.”

Benjamin’s other attempted murder charge came on June 18, Benjamin allegedly shot Zechariah Brown, 16, at his home on the 200 block of Dedman Street. Several weeks ago, he shot Brown in the chest. He’s also connected to a recent homicide on Marie Foster Street.

Hyche shows how her actions are stronger than words