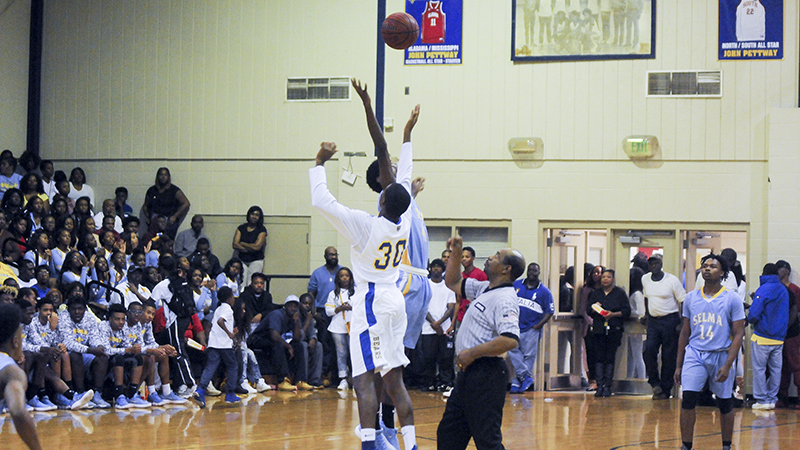 School only let out a few days ago, but high school basketball teams are already trying to get a head start on preparing for the 2018-2019 season. The Selma/ Keith/ Wallace Community College Selma Summer Slam Team Play Date will bring teams from across the state together for a full day of games Friday, June 1.

It’s the third year that Selma, Keith and WCCS have partnered together to put on the event to open the first play date of the summer.

“This is something that we do in conjunction with the Selma High coach (Ronald Lane), and we’ve been doing it for the last couple of years,” Keith High School athletic director and head basketball coach Clifton Reeves said. “It’s something good for the summer to give our teams a different look. It gives us an opportunity to play different schools and different competition.”

The first game will tip-off at 10 a.m., and the teams will play games in both of Selma High’s gymnasiums, the WCCS gym and at the School of Discovery’s gym. At least 15 schools have committed to participating in the Summer Slam, and each team is guaranteed three games.

In addition to the Selma High Saints and the Keith Bears, other teams from the Black Belt like Southside High School, Francis Marion High School and R.C. Hatch High School will participate.

Competition from various classifications and regions will also be coming to Selma for some game action.

Hoover, Leflore (Mobile), Central Tuscaloosa and more high school boys basketball programs from across the state are going to get their first look at their respective teams now that everyone’s senior players have graduated.

Unlike the regular season games, the teams will play two 20 minute halves with clock stoppage in the final two minutes of each period.

“It’s about getting better,” Reeves said. “That’s the main focus this summer. It’s to get people reps and see who you are.”

Reeves will be looking to see how his younger players perform against varsity level competition. Some of his players from last season’s junior varsity roster will get an early taste of the speed and athleticism required to be competitive against the other schools.

“I lost eight seniors, so we’re going to be very young,” he said. “It’s important to see how these younger guys react to the varsity game, the physicality and speed of it.”

The Summer Slam is open to the public, for those who want to get an early look at next year’s upcoming basketball talent. Admission costs $3 per person, and concessions will be sold.

Selma High will have the first game of the day against Leflore at 10 a.m. in the Selma gym.

The Summer Slam is still accepting teams to participate in the play date. The team fee is $120, and teams should bring both a dark, light or reversible jersey. Checks made payable to Selma High School Basketball should be sent to 2180 Broad St. Selma, AL 36701. For questions, contact Reeves at (334) 419-1149 or Keith principal Tommy Tisdale Jr., at (205) 520-4841 or by email at tisdalet@dallask12.org.