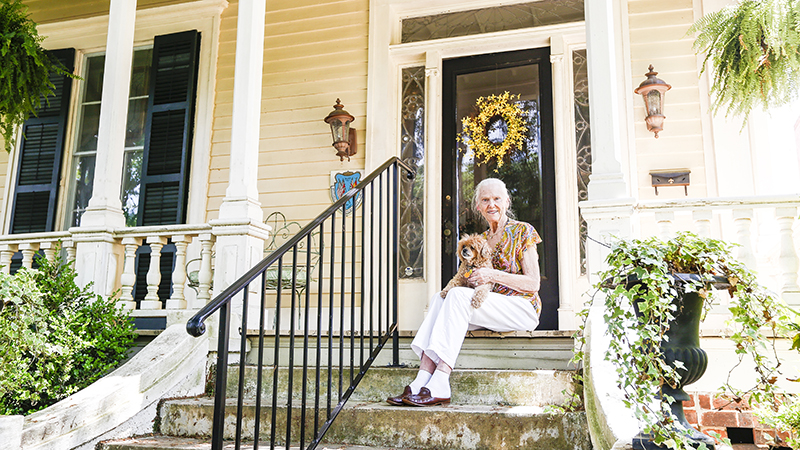 Shannon Linden lived in Alabama as a young girl, but moved away for college and ended up living all over the world before moving to Selma in 2009.

She had no other reason to move to the city, other than falling in love with a house.

Linden lives in the Parkman-Platt-Lewis-Gayle House, which she found while in town selling silver at Selma’s Historic Pilgrimage.

“I was doing a silver show at the Pilgrimage, and decided to just look at some old houses. I looked at four and this was the last one,” Linden said. “When I walked in the door, I said, I’m home. I just loved it.”

Linden gathered her belongings from Atlanta and made the move. 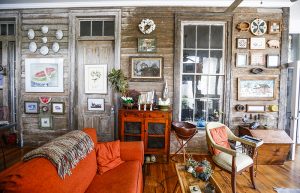 The home was built in 1849 by Elias Parkman and later owned by William and Cornelia Platt in 1856 and Charles and Emily Lewis, whose descendants occupied it until the 1990s.

Linden said one of the more interesting stories about the house was about an antique doll chair. As Selma was being burned during the Civil War, Lewis, who was wearing his Mason pin at the time, met Union soldiers at the door. The story says he begged them not to burn his home, to salvage it, and a lieutenant who was also a Mason, saw the pin Lewis was wearing and ordered the soldiers not to burn the home. Before that encounter, looters had already been through and stolen items from the home, including the doll chair.

Around 100 years later, Gunhill Lewis was entertaining a group of student pilots from Craig Air Force Base inside the home. She told them the story of the doll chair, and one of the men said his family had a doll chair that had been taken from Selma during the war. The man had it returned to the Lewis house, and Gunhill decided to donate it to the Old Depot Museum.

Linden said its history like the story of the doll chair that makes her love the home even more.

“I love the history of it,” Linden said. “I really like everything about it.”

When Linden was looking for a home, she had two necessities.

“Two things I wanted in whatever house I bought, was a large dining room, I’ve never had a big dining room, and a bedroom on the first floor. And this had both of those,” Linden said. “I happened to be at the right place at the right time.”

In the early 2000s, the house had fallen into disrepair, and Ken Parker and Cecil Gayle bought the house in 2006 and restored it to what it is today.

The home is neo-classical and Italianate design with heavily carved eave cornice brackets, according to Linden.

A Victorian octagonal section was added in the early 1900s along with a porch, which was more recently turned into a side hall.

In the hall, the original back siding of the house is still shown, and is one of Linden’s favorite features. When she was having some work done in the house, a couple of painters suggested she paint the wood, but she wasn’t having it.

“The painters were having a fit, saying ‘lady, don’t you want us to paint that wall?’ I said ‘you put a dab of paint on that will and I’ll break your finger,’” Linden said with a smile.

Throughout the house are collections of glass, silver, Oriental possessions, art and many items from Kwajalein, an island in the Pacific Ocean, where Linden spent two years. One of those items is a piece of black coral from the bottom of the ocean.  She also has bottles, seashells and more that she brought back from the island that she adores.

Linden said one of her favorite pieces of art is by local artists Charlie ‘Tin Man’ Lucas, who made a portrait of her beloved pet dog, Little Bear. The metal work hangs in the side hall on the exposed wood.

Of all the places she could have ended up, Linden said she is glad it is Selma, and especially glad it’s the home she is in.

“This house had everything to do with [moving back to Alabama],” Linden said.