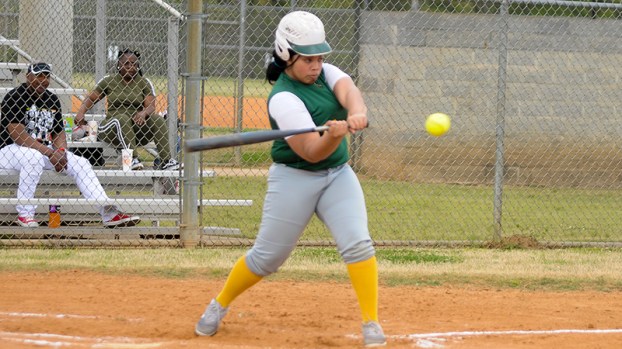 The Lady Hornets shutout Rust College 8-0 in the first game, and won the final game of the series 9-1.

“This means that all was not lost,” CCA softball head coach Nicholas Sturdivant said. “It means that my girls spirits were not killed when met with a little bit of adversity. Given what’s going on with the state of our institution, they continue to fight for the green and gold.”

This past February, the only four-year institution in Selma announced that it would be closing its doors at the end of the semester.

The softball team, which was in the midst of a rebuild under Sturdivant, has been playing the bulk of their schedule knowing that Friday would be the last game on their home field at the Dallas County Sports Complex on AL-219.

Game time was moved up to noon in an effort to avoid the rain, but an occasional drizzle still found its way over the field.

The Lady Hornets didn’t need that much time, as they finished both games in two hours.

CCA’s offense was able to pile on runs early in the first inning of both games. They took advantage of walks and throwing errors to circle the bases at every opportunity.

In game one, the Lady Hornets picked up all eight runs in the first inning.

Freshman shortstop Callie Diaz started the second game with an RBI double to kick off a six-run first inning.

Even though the offense put up a lot of runs, CCA’s freshman starting pitcher Infinitie Williams was nearly untouchable on the mound.

Williams feeds off the energy from her teammates when she goes out to the mound, and the run support was a nice bonus for her as well.

“My teammates were talking me up,” she said. The hype and energy from my teammates worked well for me.” 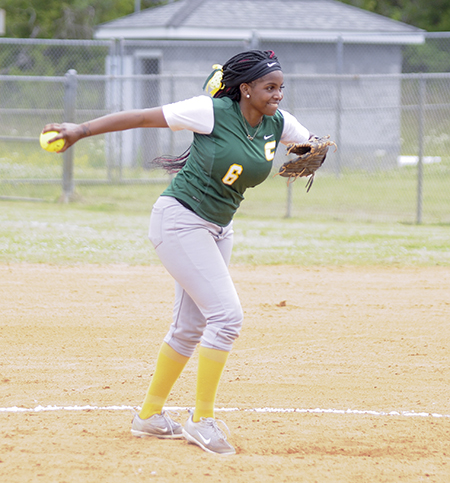 Williams struck out seven batters in her shutout in game one, and a passed ball in the top of the third inning in game two ended her bid for back-to-back shutouts.

“My pitcher took everything she could at the plate, and whatever was hit in play our defense backed up,” Sturdivant said. “She was throwing her fastball really strong. She basically got on the mound and went right at them. She was fearless today.”

Her effectiveness on the mound allowed the umpires to call both games early due to the mercy rule.

The Lady Hornets still have three road series left to play this season, but this was the last time a group of women will wear the CCA home jerseys.

The last home stand was also special for the CCA fans who supported them throughout the year. Veronica Taylor, mother of sophomore captain Zamira Taylor, goes to every home game to support her daughter and her teammates. She even keeps the scorebook for the Lady Hornets.

“It felt good to be over here on the sidelines to see them have fun and come out with the W,” Veronica said.

She was saddened to hear the news about the school closing and was concerned for what it meant for her daughter’s future on and off the field.

“I hated it because she actually loved Concordia,” Veronica said. “She has learned so much up here, and now we’re just going to have to try and find somewhere else to go. I wish it would stay open because she enjoyed it, and I enjoyed seeing her love her school.”

Sturdivant emphasizes that his team focus on the present moment, and he wanted to make sure that the supporters that came to watch them play were left with a winning feeling.

“I wanted to give the hometown crowd something to see,” he said. “I wanted to give them a reason to continue to stay behind us at the end of the season regardless of what’s going on. I just want them to say ‘OK, we can still go see a good softball game.’”