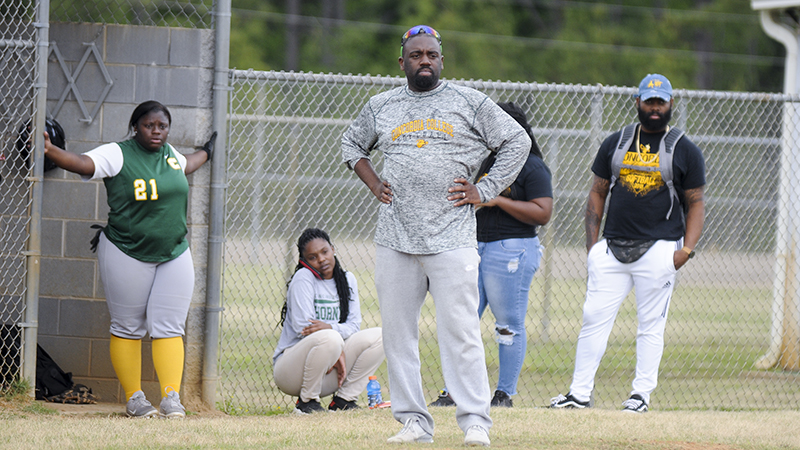 The Concordia College Alabama softball team played its final home series Friday afternoon. The girls celebrated a win, but the end of their playing careers at the only four-year institution in Selma was coming closer to an end.

The team has three series left on the road before they will have to hang up their CCA jerseys for the last time.

The players have mixed feelings playing through a season they know will be their last. Head coach Nicholas Sturdivant is keeping them focused on taking care of the business in front of them, but each of his players also have to consider what will be next for them.

Those who want to continue playing softball have to find a new place to play. The student-athletes, who are in the middle of their matriculation, are concerned if their credits will transfer. Some have to consider if they’ll be able to afford a new school, since CCA has one of the lowest tuitions in the state.

Sturdivant has freshman from Birmingham, Lower Peach Tree and New Orleans, Louisiana who intended to stay at CCA for their college careers, but to no fault of their own, they have to find a new place to go.

“It made me feel sad because it was my first year playing with them, and I wanted to play longer,” freshman pitcher Infinitie Williams said. “This was my first time being in college, so it seemed like everything was going downhill.”

Aiyanna Rackley, a freshman catcher and outfielder, is still undecided about her next stop. But she knows she’s not done playing softball.

“I continue to play, push forward and keep going,” Rackley said. “No matter what, I still have a good softball career ahead of me, so it just means keep on playing.”

Sturdivant was discouraged to hear that the school was closing. In fact, he refused to believe the rumors until the official announcement was made by the administration.

“I continued to push on as if we were going to survive,” he said. “It hasn’t really set in with me yet that we’re closing.”

This was Sturdivant’s second season with the team, and he was working on a rebuild to get the softball program back to being competitive. He only had one returning player from the 2017 season in sophomore Zamira Taylor, but added valuable freshman to this year’s team like Williams, Rackley and Callie Davis.

“This year we started a good foundation in terms of the level of talent that was recruited,” he said. “I think that we made a great stride in the program.”

Sturdivant’s focus had to switch from rebuilding his program to helping his current players find somewhere else to continue their education and softball careers. He told his players that he would do his best to talk to coaches and help them find a place that fits for them.

Losing an athletic program is one thing, but when an entire school closes, it has an effect on the student body, staff and community.

CCA gave Sturdivant an opportunity to coach as much as it gave his players an avenue to continue their education.

“It’s rough, but what you have to do to cope with it is you have to appreciate what Concordia has done for you thus far,” he said. “I absolutely love this institution. I’m not leaving until the very last day. I’m going down with the ship. I’ll be here until it’s over with.” 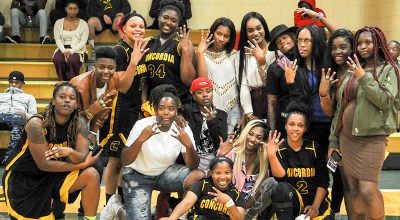