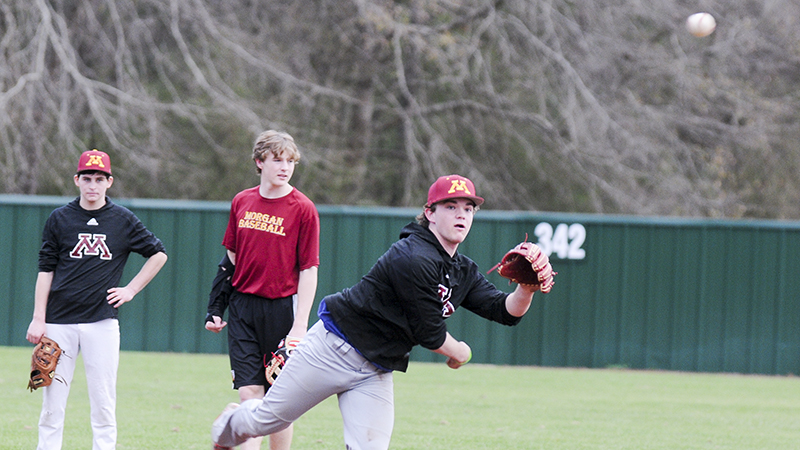 Morgan shortstop Brayton Brown makes the throw to first during infield drills at practice on Tuesday.

Baseball and softball season is back at Morgan Academy as the season starts on the road against Wilcox Academy on Thursday, Feb. 8.

The Senators athletic program has enjoyed successful runs by both the football and basketball teams earlier this season, and looks forward to watching that success extend through the spring.

Morgan Academy baseball is aiming to improve on its 2017 Final Four appearance, according to head coach Seth Currie.

“Athletics around here are really on the up-and-up,” Currie said. “We’re building off of last year going to the Final Four hoping we can have some success in the playoffs again.”

The baseball team has a young and deep roster going into the 2018 season. Now that the basketball players have finished their season, the whole team is together and ready to start the season.

“We have good senior leadership from a lot of guys who got a lot of playing time last year mixed in with a really good group of young guys.” Currie said. “As a coach, you want to have that and fortunately we do. We hope to build good team chemistry and work together to get what we want to accomplish.”

Going into the season opener, Currie has been impressed with how his team is already swinging the bats. The Morgan approach is to get the job done, and Currie has confidence in his hitters throughout the lineup.

“We’re really swinging it well for it to be this early,” he said. “Hopefully, we can carry that through the season. But I’m really pleased with the way we’re swinging the bat. I predict that we’ll be very successful offensively.”

A mixture of younger players and upperclassmen will handle the pitching duties for the Senators. Currie emphasized the need for pitchers who can throw strikes, and that what he believes he has in his pitching staff.

“That’s what we need to be successful,” he said. “We need to throw strikes and let our defense play behind them. Hopefully, our offense will put the runs up to support that.”

Currie will depend on his fundamentally sound infield and outfield to protect his pitchers. The outfield will be manned by returning players Peyton Egbert, Sam Plummer and Hardin Utsey. The Senators have multiple options in the infield, but they’re anchored by first baseman Sawyer Hopkins.

“We look to be pretty fundamentally sound in the infield,” Currie said. “We’ve got our big leader at first base in Sawyer. He kind of controls the whole team for us from the field.”

The Senators will have a challenging schedule this season, but are optimistic the team is up to the test.

“I think that we have a fairly tough schedule,” Curry said. “I think we can match up well with most people in our region. We want to be competitive, and I look to build as the year goes on.” 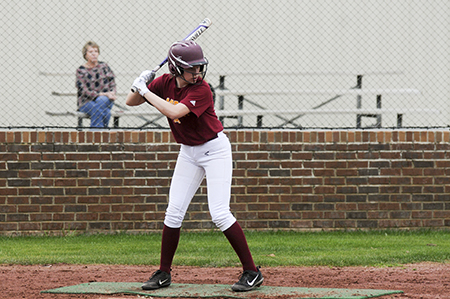 The Senators softball team are just as excited to get started this season as well. The softball team will begin the year with new head coach Cherie Grimes, who previously coached at Meadowview Christian.

Grimes is looking forward to seeing how the girls hard work in the preseason will pay off.

Grimes wanted to make sure that the girls were set with the fundamentals in practice, and she believes that will help improve the girls’ play.

The Senators softball team will be pitching by committee to get started. The team is still looking for who will be the primary starter. The defense, on the other hand, is solid in both the infield and the outfield, according to Grimes. The starters will come down to who is the best fit at each position, and Grimes is confident that she has a lineup filled with good hitters as well.

“What I try to get to these girls, is that if we stay focused and do our job we’ll be fine,” Grimes said. “We’ll be able to go up against any kind of competition and do fine if we know what we’re here to do and keep our focus.”