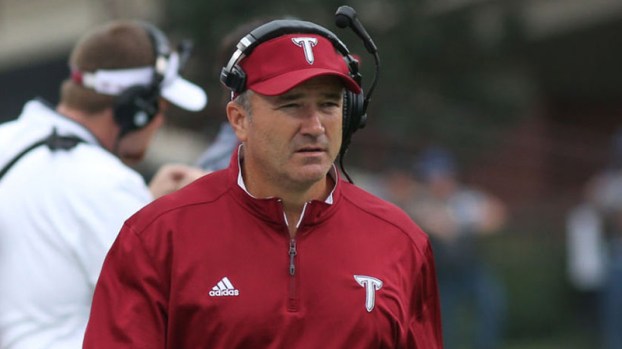 MONTGOMERY – Faulkner has hired Shayne Wasden to take the helm of the football program the university announced Wednesday morning.

“I am honored and extremely excited to be given this opportunity,” Wasden said. “My staff and I plan to continue to build this program, win games and ultimately win championships. More important than winning, however, are the Christian principles and values that this university was founded on that our student-athletes will represent both on and off the field. We want to create an environment that produces Christ-centered young men that leave this university and have a positive impact on society. I look forward to working with the administration, faculty and students to make Faulkner football all that it can be.”

Wasden, 49, spent 12 seasons at Troy from 2004-2015, the last 10 of which were as associate head coach. In that span he worked extensively with wide receivers and tight ends and was also the special teams coordinator.

“I’m very pleased to have someone of Shayne’s caliber on board here at Faulkner,” said athletic director Hal Wynn. “Having been here since the start of the program, he will be our first head coach with this level of experience and success. He knows the game and the importance of building up these young men to be successful individuals and a team.”

Prior to his lengthy stint at the collegiate level, Wasden led teams at Eufaula, Opp and Georgiana High Schools in Alabama to a combined record of 91-34 over 11 seasons while securing six region championships.

The Selma native played wide receiver at Auburn University form 1987-1990 where he earned three letters, helped catapult the Tigers to three Southeastern Conference Championships and as many bowl game appearances.

“We are thrilled to have coach Wasden join our team here at Faulkner University to lead our Eagles into a successful new season,” said university president Dr. Michael Williams. “He is such a well-known sports figure in the area for his outstanding leadership and Christian principles and we are fortunate to welcome him into our family.

“In the South, football is more than just a game,” Williams added. “It’s the way many of us connect. It’s how our players grow. That’s why Faulkner is pleased to have such a man as Wasden here to teach our young men integrity.”

“I have had the pleasure of getting to know coach Wasden throughout this process and could not be more excited about what he will bring to the overall character of this program,” he said. “While his coaching credentials are highly impressive – it is his relentless commitment to forever shape the lives of young men through this special combination of faith and football that will make the real difference.”

Wasden earned a master’s degree in educational administration from Troy in 1999 and holds and bachelor’s degree in secondary education form Auburn. He and his wife, Patrice, have two daughters, Mary Beth and Anna Shay, and are members at Vaughn Park Church of Christ.