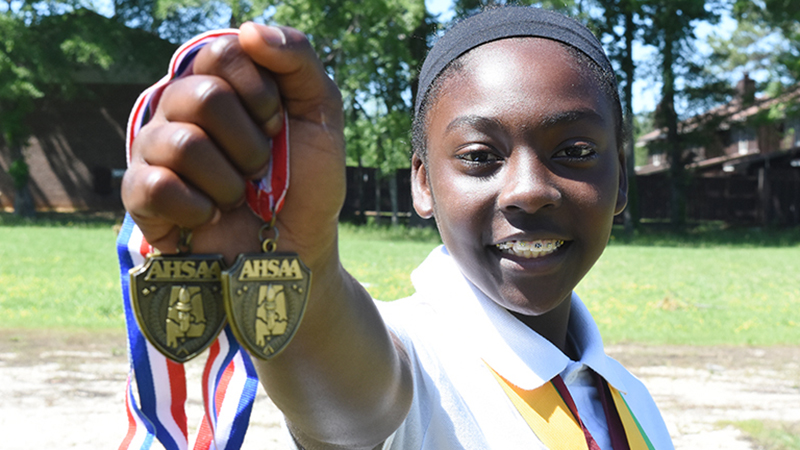 Editor’s Note: Through Jan. 1, the Times-Journal will look back on the top sports stories of 2017. Here’s the year in review for April-June:

For the first time since 2011, Morgan Academy won both the boys and girls AISA state championship in tennis. The Senators split the title with Tuscaloosa Academy, and finished ahead of both Glenwood and Fort Dale Academy.

DCHS head football coach Marty Smith resigned this past March. Smith was 15-17 in his three years as the Hornets’ head coach. DCHS hadn’t made it to the playoffs since 2004, and Smith led the Hornets to the post season twice.

Former Selma High head football coach Keon Handley resigned from his position the past March to take the head coaching job at his alma mater, Fairfield High. His record at Selma High was 1-9.

Edmundites donates $5,000 to city for pool

Edmundite Missions CEO and president Chad McEachern presented a $5,000 check to Ward 8 councilman Michael Johnson this past June for the Dinkins Pool on the corner of Division Street and Dexter Avenue. The donation brought the total count up to $40,000 since the pol reopened in 2015, and ensured that kids would be able to swim for free.

Ellwood Christian seventh grader Rashni Walker won both the 1A 100-meter hurdles and 300m hurdles at the AHSAA 1A-3A state track and field meet in Cullman this past May. She finished the 100m hurdles in 15.89 seconds and the 300m hurdles in 47.37 seconds.

Wallace Community College Selma basketball players Gene Davis, Kent James and LaByron Harris each decided to move on to four-year schools. Davis led the Patriots in scoring with 16.4 points per game and chose to attend Alabama State University. Harris, who chose to go to Blue Mountain College, averaged 10.3 points per game and 6.1 rebounds per game. James chose to continue playing at Miles College.