Selma boys back together for Christmas concert 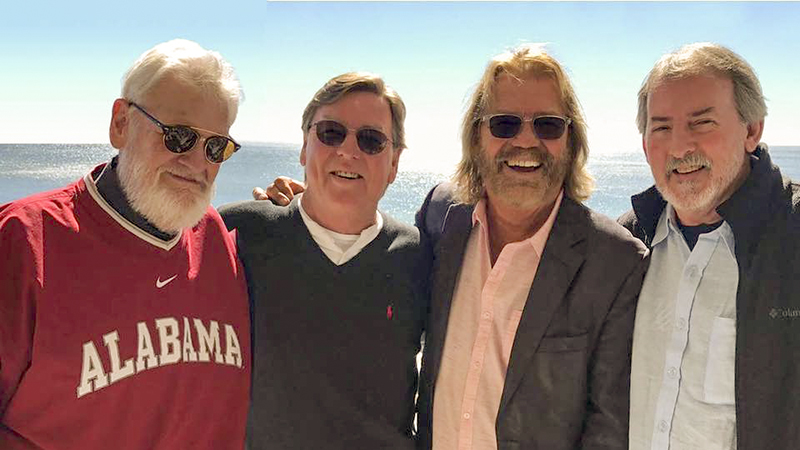 The Blackbelt Benefit Group is bringing some music and fun to Selma just in time for Christmas.

This is the first year the group has done a Christmas concert and expect to have a good turnout, according to Clay Carmichael, secretary and co-founder of Blackbelt Benefit Group.

“We really want to improve the community’s quality of life, so we are branching out and discovering that we can do some other projects that will help with that,” Carmichael said.

The featured band is soft rock group The Selma Boys. Band members are former Selma residents Rick Carter, Richard Taylor, Mike Estep and Stan Robertson, who have recently reunited after some years. Albert Simpson and John Kulinich will be opening for them with some acoustic tunes.

“We want to bring live music back into downtown like it was when we were growing up and in college. There used to always be a place to see a band in downtown Selma, and there just hasn’t been in a while, so we’re just trying to bring that back,” Carmichael said.

To raise funds, Carmichael said the Blackbelt Benefit Group tries to have at least four ticketed events annually, and this concert will make its fourth of the year.

“All of our events currently raise money for our community garden project over at Mill Village,” Carmichael said.

Carmichael said the garden project started several years ago and is currently a part of the park they are constructing.

With help from Ala-Tom RC&D, International Paper and the local Boy Scouts, the Blackbelt Benefit Group has been progressing in the building of the park.

“We started about six years ago after the tornados in Tuscaloosa. We started and did a rib off cook-off to raise money for Habitat for Humanity in Selma and Tuscaloosa… since then we have been kind of adding events every year,” Carmichael said.

For more information on the Selma Family Christmas event or how to get involved with the Blackbelt Benefit Group, email blackbeltbenefitgroup@gmail.com or visit its Facebook page at facebook.com/BlackbeltBenefitGroup.