A 32-year-old Selma man that has been wanted since September for allegedly robbing a man and shooting him has been arrested. 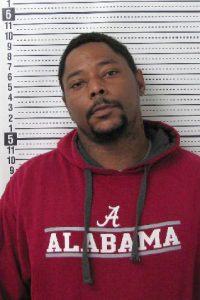 Ward has been charged with attempted murder and first-degree robbery in the Sept. 14 incident, which happened on the 1900 block of Tippett Drive.

According to Blanks, the robbery happened around 10:40 a.m.

Officers responded to the call and found a 33-year-old male victim that had been shot inside of his residence.

Ward allegedly shot the 33-year-old man after he demanded money from him. He is also accused of stealing the victim’s silver Range Rover.

Blanks said Ward was identified as the suspect after an interview with the victim. The vehicle was also located in Perry County on Alabama Highway 183.

Warrants for Wards arrest were then issued on Sept. 18 for first-degree robbery and attempted murder.

According to court records, Ward does not have an attorney at this time.

Dallas County District Attorney Michael Jackson said he believes Ward was on probation at the time of the alleged robbery. Court records show Ward has been charged with several violent crimes in the past. He was charged in April with discharging a firearm into an occupied building and reckless endangerment. In the past, he has also been charged with first-degree burglary multiple times, first-degree rape, receiving stolen property and breaking and entering a motor vehicle among other charges.