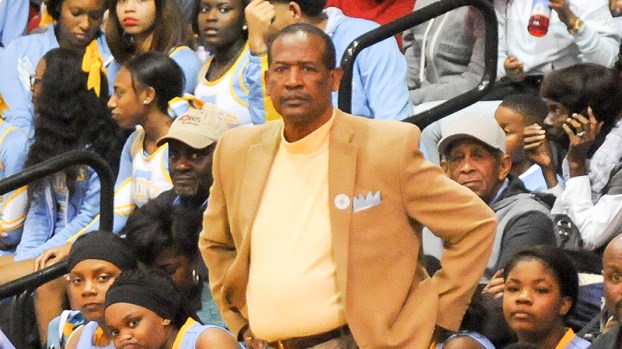 Rivals will clash in the 2017 Dallas County Schools Tournament

Just in time for Christmas, the Dallas County Schools basketball tournament at Wallace Community College Selma will determine bragging rights for the rest of the season.

“It’s a big tournament,” Keith athletic director Clifton Reeves said. “It’s still the rivalry, anticipation and expectations. You play your in-county rivals, and you want to win. It doesn’t matter if you play them once, twice, three or four times, the expectation and the goal is still the same. You want to beat them.”

The Dallas County Lady Hornets will start the tournament at 3:30 p.m. against the No. 9 Selma High Lady Saints, and be followed by the boys game.

The Keith girls team will play against the Southside Lady Panthers at 6:30 p.m., and the boys will play each other to finish off Day one of the tournament at 8 p.m.

Last year, the Keith boys were the County tournament champions. This year, the No. 6 Bears are already 7-1 including wins over Selma, Southside and Dallas County already.

However, as it is with all real rivalries, anything can happen when these teams meet up. There’s an extra level of energy in the gym when these teams face each other, and the tournament just adds another motivation for the players.

“Going into this tournament, records are thrown out the window,” Reeves said. “Every team is going to play hard, compete and give everything they got. It doesn’t matter if you’re 12-0 or 0-12, every team is still coming in giving their all.”

Here are some players to look out for in the 2017 Dallas County tournament.

The Lady Saints have had the most success so far this season, and it’s in large part to strong guard play from Kynadra Lewis and Rodreckia Parker. Lewis is experienced running the point for head coach Anthony Harris, and she sets the tone for the game.

Parker’s small frame and glasses would deceive any who hasn’t seen her play before. She is a scorer who will drive or pull up for a jumper as soon as she sees an opening in the defense.

Another Lady Saint to watch out for is forward Aaliyah Hatcher. Even though she isn’t a guard, Hatcher can go coast-to-coast unbothered and finish with a layup.

The Saints are 3-6 this season with a win over Dallas County and a loss to Keith. The players to look out for is J.D. Whitlock.

Whitlock is the most consistent scorer in an offense that spreads the ball around pretty evenly. The Saints are guard heavy, but head coach Ronald Lane said that the team will benefit if their inside game can play as well as strong as their perimeter play.

The Lady Bears are 4-5 at this point in the season. The players to watch on this unit is Shatavia Moore and Jakira Simmons. Moore is the primary ball-handler and everything runs through her. She scores, defends and rebounds the ball for her team. On any given night, Simmons can heat up from beyond the arc and get some easy points if left open. A couple three’s from her can help the team recover from a deficit or extend a lead in a short period.

The boys team is one of the strongest teams in the area. Arayvion Jones and Justin McGuire are the main players to watch for the Bears. Jones is a sophomore, but he is one of the best scorers in the county. He’s a quick guard, and trying to stay in front of him often results in watching him go to the free throw line. McGuire plays the center position, but he plays more like a strong forward. Not only does he work inside for points, but he’s capable of extending his range to the three-point line as well.

The Lady Panthers are 2-7 this season. The young team has a new coach in Rand Smith this year. Christina Watts and Destiny Davis are the biggest threats for Southside. The two juniors are the primary ball-handlers and scorers for their team. When the Lady Panthers can cut down on their turnovers, Watts and Davis can really do some damage.

The boys team has a couple playmakers in Derrick Griffin and Keshawn Arrington. Griffin is the primary option, and is confident shooting at each level on the floor. Arrington’s game complements Griffin well because he’s capable of filling up the net as well. These two are the main scoring threats for the Panthers, but their teammates aren’t to be looked over.

The Lady Hornets record sits at 3-4. Their top scoring option is guard Ebony Simmons. She’s not very big, but she is a strong ball handler. Simmons is a creative scorer that will shoot from anywhere.

The Hornets have the biggest center in the county in LaDarius Furlow. A significant part of Dallas County’s success depends on how effective he is on the boards. When Furlow rebounds well on both ends and creates second-chance opportunities for his team, Dallas County becomes a difficult team to face.

At the end of every season there is a change. The upcoming retirement of ArtsRevive executive director Martha Lockett initiated... read more